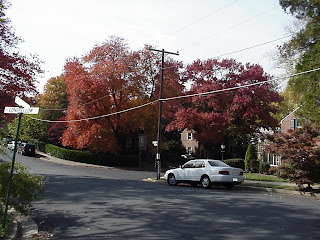 A couple days ago I wrote (on the issues blog) about stories about the decline of evangelicalism as a political force – itself a questionable topic.

One aspect of this really stands out. That is, the way many people assume that loyalty to blood family and living as part of family is itself a primary moral virtue. When that is so, then lifelong monogamous marriage and children encapsulate the carrying out of this moral obligation. Family responsibilities that go with procreation are no longer “burdens” – they become “assets” because they help someone carry out responsibilities that already exist. One is expected to continue lineage as a basic biological responsibility, or (if unable because of some circumstance) provide close support to other family members who do. Marriage and children often provide men with social validity.

This mindset recognizes that "station in life" often tracks to family circumstances (which may provide some protection from external events beyond a person's control), and that parents and other family members are owed something back for the achievements and advances of their children. In the legal area, this view could come back if some states start enforcing their filial responsibility laws.

This moral view has been replaced over the past few decades with individual sovereignty and with a moral system based on harmlessness or non-aggression, and consent. This works best for people who define their own purpose before forming romantic commitments to others. That does not suit a lot of people well, who need the experience of family for meaning and support, and hence the tension of the culture wars.

People who do not marry and have their own children sometimes find that others expect them to “sacrifice” for those who do (as with the use of benefits and unpaid overtime in the workplace), and sometimes those with families don’t perceive this as a “sacrifice” – it is just part of a natural moral order. This may become more of an issue as people live longer and have fewer children, meaning more childless people will wind up with heavy eldercare burdens, and we might find filial responsibility laws in many states being enforced.

Philip Longman wrote about this in his 2004 book “The Empty Cradle” and notes a common, village-like dependency that we all have “on the quantity and quality of other people’s children.” If family responsibility is seen as an obligation that exists before one has children, then there may be more reason to have one's own children (marrying even at some risk of later divorce) even before resolving one's other plans in life. At the other end of the scale is the socially pejorative word "breeder".

People vary as to what makes them tick ("different strokes for different folks"). Since human beings have complex social and political structures and subtle variations among individuals in brain wiring (the "immutability" debate), some people find a cultural legacy more important personally than a biological one. Sometimes there is social tension over this; at other times there is resolution within the personality. Apparently Leonardo Da Vinci did not beget children, and probably Beethoven didn't, whereas Beethoven jealousy fought to care for his orphaned nephew. J.S. Bach, on the other hand, had many children.

All of this is not to say that freedom and passion don’t happen within the confines of older views of familial morality. But this view makes people vulnerable to jealousy, and to the political, religious, economic and patriarchal manipulations of others – well documented in soap operas.

Perhaps and underlying moral principle is supposed to be, "Don't expect to be heard from until you establish an immediate value to other people in a real way." That sounds anti-objectivist, to be sure. Usually, but not always, this sort of socialization appears as a developmental process in childhood and adolescence, and it may be resisted when the young person is expected to care for others on terms that make him or her uncomfortable about his or her own competitiveness and station in life. Nevertheless, it seems, it must happen. (It doesn't make somebody "grow up straight," the religious right's beliefs or convictions notwithstanding.) There are a couple of anecdotes -- about almost compulsory sibling responsibility, and then about family solidarity in the wake of rights being taken away (from the Japanese Nisei families during World War II) in English teacher Erica Jacobs 's column in the DC Examiner today (Nov 12, p 29), "When essays tell a story," here.
Posted by Bill Boushka at 8:44 PM