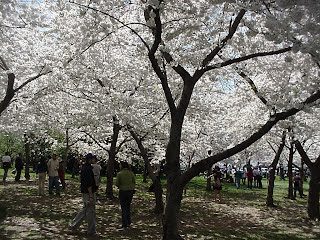 There have been various news reports today about a young woman who apparently confessed to having been involved in the killing of her British roommate in Italy. Since she is not convicted and the case is early, I’m not including the name here for search engines. I might later. That’s part of the whole problem of ethical Internet behavior and reputations, as well as hard evidence in a criminal case, as we see even with this case.

What’s interesting, at least a little, is the stories about the young woman’s Myspace profile. Apparently a young man held in the case had just commented on a blog on her post.

The profile is now set to private, and Myspace says that the owner would have to add me (or anyone) as a “friend” to see it (“This user must add you as a friend to see his/her profile.”) . The same goes for the attached blogs and comments.

All of this gives empirical suggestion of a couple of things. Although Myspace is said to be much more “wide open” to the public than is Facebook (which is predicated on pre-existing affiliations or groups, often schools), in practice it appears that Myspace gives its users plenty of opportunity to keep content restricted to specific known lists (“friends”, a practice that we can call “whitelisting.” This practice has been recommended for people in jobs where public “reputation” or credibility is critical because the job involves leading or making important decisions about other people, or representing a company publicly.

Obviously, in this case at least, the material from her profile became easily available anyway to the police and other parties concerned with this. That corresponds also to media advice, to the effect that don’t think that “whitelisted” profile information doesn’t get around. Information on such profiles tends to behave like “rumor” or somewhat privately held but “unclassified” information did in all the years before the Internet where the social norms were set by the bricks and mortar world (as in plenty of Hitchcock films -- this case is unraveling like a Patricia Highsmith novel).

Here is a typical story on Seattlepi blog link:

Seattlepi has another entry today (link that starts with the warning “If there is a unwritten Law of Internet Privacy, it is this: Anything you post can and will be used against you in the court of public opinion” and goes on to discuss the idea that even semi-private information online can become self-incriminating, and that we, as a culture, have little experience in ethical behavior in this regard. Echo.

My own Myspace profile is minimalist and is here. I believe that the visitor can see it without logging on (it has not been made "private" or whitelisted). If someone can't access it, let me know.

The NBC Today show discussed the issue of teenage and college girls seeking "fame" on the Internet with racy pictures and depictions of binge drinking and drug use and sometimes nudity, and the commentators said that the need or craving for instant global "15 minutes of fame" is something "we have never seen before." Again, the show emphasized that most social networking users have little concept of the long term consequences -- as with employment.

Along these lines, it's worth noting that Sony Screen Gems (dir. Gregory Hoblit) will, in early 2008, offer a movie "Untraceable" in which visitors to an Internet website actually cause the death of a victim by clicking on a site. (Don't confuse with M. Night Shyamalan's "Unbreakable").

ABC Nightline covered this case and mentioned also a book by a local Italian author with a similar story. Again, art predicts life.
Posted by Bill Boushka at 4:57 PM