Technobrega: New music technology and business paradigm in Brazil makes us think about copyright law and about how new artists compete 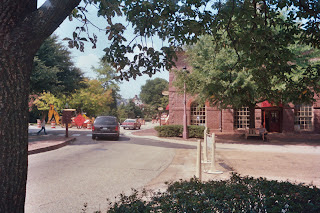 Recent media reports about a new music paradigm called technobrega, emerging in Brazil, especially in the Amazon city of Belem, have raised interesting questions about not only copyright but also about the way new artists promote themselves and get established.

In Belem, Brazil, artists make and record performances and encourage entrepreneurs, also (unfortunately) involved in regular CD piracy, to make cheap CD’s of their work and sell them in markets. Some artists are able to make a living this way, fitting in to a libertarian model about how new markets should grow – even in the world of Alan Greenspan.

This would be perfectly legal as long as the music performed was actually composed by the musicians. The law (particularly internationally) gets murkier when one performs rearrangements or “derivative works” – don’t do this without seeing a lawyer first. It would seem to invoke legal questions when performing other people’s songs.

The practice is controversial, and what’s not clear is whether it’s because of the “cheap competition” issue, or whether it’s because the musicians have no scruples about employing business people otherwise involved in illegal piracy and more conventional forms of copyright infringement.

Much of the material on the web about “technobrega” is in Portuguese, and the term is becoming established. A website called “Open Business” has an article “Technobrega shows off an open business model,” here. There’s no Wikipedia article on it (yet) but I would expect someone (I hope a musician who can address some of the technical and business details) will create one soon.

There is an AP story by Michael Astor “Music pirates seize city: Economy, artists thrive on illegal sales,” on p B5 of The Washington Times (Oct. 22, 2007) or on many other news paper sites, such as Bakersfield, CA here (it first appeared around Oct. 19). My only concern with this story is that it is not clear that all of this activity is actually illegal. I welcome comments.

Controversy at Libraries about Books on Web

In a tangentially related story, the New York Times reports today (Oct. 22) on p A1, in a story by Katie Hafner, “Libraries Shun Deals to Place Books on Web: Tech Giants Rebuffed: Scanning by Microsoft and Google Comes with Restrictions.” Here:

These companies plan to scan libraries with a lot of public domain material but would apparently not allow the same material to be placed in competing libraries or be accessible to competing engines. Philosophical and “copyright related” questions come up as to whether one large company, however philanthropic, should control the access to more standard literary and scientific references.
Posted by Bill Boushka at 9:51 AM