So I am Michael Clayton II 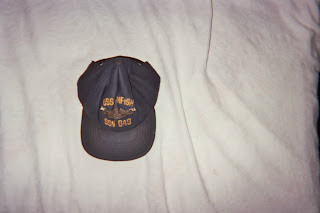 In the recent hit dramatic film Michael Clayton, George Clooney’s character is confronted with the question as to why, after seventeen years in a law firm, he didn’t make partner. He seems to be in a morally ambiguous position as the asset person or “fixer,” the guy always on-call with a beeper, coming in to fix other people’s mistakes, doing thing real people don’t want to know about.

People can ask a similar question about my career, my thirty one years in information technology. Why didn’t you advance? They ask (and I don’t tell). I did carry a pager most of the time, like Clayton.

I could also say that when I decided (in a personal retreat in Colorado in 1994) that I would indeed write my “manifesto” generated by the gays-in-the-military issue, I was, then at age fifty-one, like a chess player trading queens into the end game, when perhaps I didn’t have to. The only way another middle game could come back would be simultaneous pawn promotions. Or, perhaps, I’m now in a situation like that famous Kasparov-Karpov “queen ending” in 1987 that could go on forever. In his recent book “How Life Imitates Chess,” Kasparov seems to feel that this particular game provides a metaphor to the stuck-in-gear position that happens at career menopause for many people.

In a number of situations in the past few years, people have challenged me to be open to showing more “authority” for its own sake. (As a kid, I resented it if I thought my father did something “just for authority” to train me, with no real logically apparent purpose in mind.) I was asked that question in an interview for a debt-collecting job in 2003. I was challenged this was in several substitute teaching situations (the euphemism is “classroom management”) where there was no point to engaging some particular student other than his need to be shown who is “boss.” In some family and job situations I am criticized for not being “protective.” And personally, I find the whole concept gratuitous and insulting.

In information technology, in fact, one could be a “team leader” without direct reports, and that is fine – I’ve done that many times (as with the National Change of Address project in 1998). On one occasion, however, in 1988, I was promoted to “project leader” (which in that company involved direct reports – it doesn’t everywhere) without my consent, and I left six months later.

I’ve noted on these web pages, that once one has direct reports or direct authority over others, one loses some expressive freedom, to speak the truth.

So would I advance? Absolutely, yes, but the job has to relate to some content that I have created or been materially associated with. I don't relish the idea of manipulating people to sell things (the old "overcoming objections" virtue) that I really did not develop, or of just being the spokesperson and magnet (and even supervisory "role model") for some issue that others "assign" to me. (That's all the more so if I have to give up intellectual property rights to unrelated things that I have created, which could be the case, say, for insurance agents, as I was told -- "no outside income" of any kind for some long period.) I can imagine heading up a project to use NCOA to quash identity theft, because I have been connected to the NCOA system in my work. Better, I can imagine a leadership role in political or social studies knowledge management (often discussed on these pages), and particularly on problems like “reputation management”. (No, I don’t want to start a “cheesy” service trying to take down unflattering search engine references; it is a lot deeper than that; and I don’t want to see employers collar objective speech by non-management employees.) What about working for gay rights or libertarian organizations? Actually, jobs with 501C3 ‘s are very difficult to get, and most of them are focused on one narrow issue, and my interest in objectivity is broad and goes across many areas. But I can see this happening with issues that I have a long standing connection with (gays in the military and “don’t ask don’t tell”, or internet censorship or even copyright and intellectual property rights management, the last issue being very complicated right now).
Posted by Bill Boushka at 5:54 AM