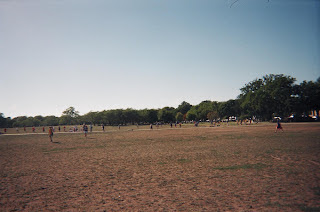 Media reports recently discussed new opportunities for consumers to burn DVD’s of movies downloaded from the Internet for their own use legally, in a way that it might be played on any player. The legal use would be personal use on any DVD player or computer drive owned by the individual who purchases the software legally and downloads the movie legally. Of course, it would be legal to use for any work created by the user.

Hollywood studios had agreed to the concept in January 2007. Media reports indicate a change in federal law. The details are somewhat complicated. The Fox AP story from January 2007 is here.

NBC12 in San Francisco has a story today, “New law lets people burn DVDs legally” here. The story was reported on NBC4 in Washington this evening.

The system is called Qflix and it was introduced by Sonic systems.

I hope that the legal changes will make DVD burners cheaper and more efficient for amateur independent filmmakers wishing only to distribute their own work.

Copy protection has long been controversial, and a nuisance that can interfere with legal distribution of one's own work. Various libertarian think tanks have argued that overzealous implementation of copyright law in the DMCA (Digital Millennium Copyright Act) really does not protect the rights of content creators effective or improve their financial results.

Qflix should not be confused with Qflicks, a British DVD rental service.

I can recall that in the early 1960s, counterfeit phonograph records sometimes appeared and were considered a problem. It could even happen in the classical business. Once I bought a two record set, cheap, that purported to be Deutche Grammophone and inside had two noisy disks with DGG labels by hard scratchy vinyl (it used to be called "Decca vinyl" long before that company was restructured into what it is today).