Free Flow of Information Act: what about citizen journalists or networked journalism? 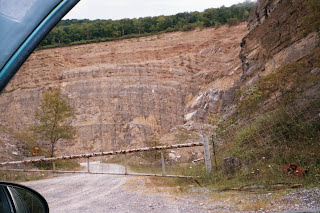 Today, Oct. 4, 2007 former solicitor general Theodore B. Olson wrote an op-ed in The Washington Post, on p A25, “…Or safeguards: Limited Protections Are Vital to a Free Press”. (Here.) He had written previously on June 29. He supports the current version of the Free Flow of Information Act, which is supposed to provide oversight to government demands that reporters disclose confidential sources. In general, according to the bill, they may do so only when there is great peril and the government does not have any other practical sources of information to prevent a major crime. Most states and the District of Columbia have reporters’ shield laws. But there have been several major cases recently of professional journalists (Judith Miller) or even amateur bloggers being jailed for refusing to disclose sources. For example, I had discussed the case of Josh Wolf back in April, here.

Electronic Frontier Foundation has a page on “the reporter’s privilege” and it is somewhat unclear what the status of “amateurs” is. The link is this: There is also a Reporter’s Compendium that analyzes state shield laws, here.

The proposed federal shield legislation has several bills and forms and different provisions. The original House version in 2005 (HR 581) (link) appears to be favorable to amateur bloggers. The newer 2006 version from Lugar and Specter (S 2831 -- Thomas loc link) seems to protect only those who make a living through journalism. But even that provision has had some vicissitudes and could get changed.

Here is the current definition of journalist in that bill: (from the reporter's compendium link.)

"a person who, for financial gain or livelihood, is engaged in gathering, preparing, collecting, photographing, recording, writing, editing, reporting, or publishing news or information as a salaried employee of or independent contractor for a newspaper, news journal, news agency, book publisher, press association, wire service, radio or television station, network, magazine, Internet news service, or other professional medium or agency which has as one of its regular functions the processing and researching of news or information intended for dissemination to the public."

As a practical matter, would “amateurs” need a shield law? Wolf did need one. In general, for me, the likelihood is very remote. On a few occasions, since 9/11, individuals have shared (as through email) information with me that I thought serious in nature and I have turned it over to law enforcement, or a couple times just to security management within an ISP (which will have an automated way to report “minor” high-volume law enforcement problems like spam and scams). A blogger with emotionally provocative content may, on rare occasions, attract “tips” or information that probably should be turned over. I have had one extended phone call about one tip, and of course I never hear what is done with them, but they will be compared to other information collected by intelligence agencies for credibility or repeatable patterns of information from multiple sources. One problem, from 9/11, is that government agencies were not connecting the dots very well and in infrequent occasions amateurs might know more than professional law enforcement. Online compendiums and search navigation may add to the ability to “connect the dots.”

The "reporter shield law" issue could become even murkier with new paradigms of “networked journalism” or “citizen journalism.”

There is an important story in The New York Times today, p. A27, on "libel tourism" where foreign businessmen can sue Americans for libel in Britain, a kind of "forum shopping." Blogger link and discussion is on the International issues blog, here.
Posted by Bill Boushka at 8:50 AM