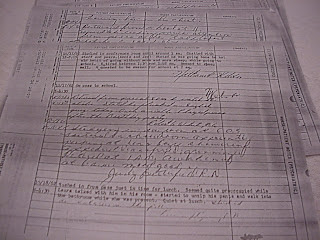 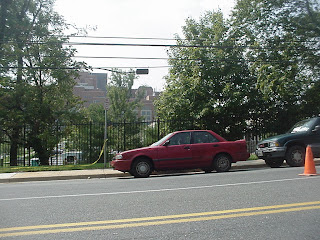 Forty-five years ago, in 1962, the Cuban Missile Crisis had just ended (officially on Monday October 29), and the days of the week of the perpetual calendar fell on the same days as this year.

In the wee early morning hours of Tuesday, October 30 (I still remember the date because it corresponds to Beggar’s Night) I was awakened by screams from a nearby room on Wind 3-West of the Clinical Center at the National Institutes of Health in Bethesda, MD. A nurse told a girl something like “quiet down, or you’ll get it in the muscle.” I was having trouble sleeping because of a heavy cold anyway, and, with neo-synephrine taken away, I depended on a saline atomizer.

I had become an inpatient on July 12. It sounded like a good idea at the time. The Kennedy administration was running a special program to research college students who had experienced difficulties adjusting in college, as this was a high national priority in this Cold War, Sputnik era. This happened a few months after my William and Mary expulsion on Nov. 28 1961 for admitting “latent homosexuality” to the Dean of Men (see Nov. 28, 2006 blog entry) – something that was a form of semantic quibbling from ny Aspie-like perspective, but was like a confession in the minds of most people. I roomed with a student who had been forced to leave the University of Chicago, but most of the patients were actually there as “family” rather than “student” patients. The “family” people were more likely to be female and were likely to be less intact. We had three sessions of individual therapy a week (the therapists smoked in the rooms in those days), one group therapy, one family art therapy, and one unit government on Friday afternoons. One way mirrors were used to observe the therapy. Sometimes the group therapy got agitated: that same female patient pretended to become catatonic in one session and a male patient lifted her off the floor. I believe that one other patient on the wing was there for issues related to homosexuality.

I had finished one semester full time going the George Washington University and living at home in the spring of 1962. I took nine hours in the summer, and commuted to Washington from Bethesda a few times a week. I still remember the Friendship Heights bus line along Wisconsin Ave., and the little Atla Vista bus that went to NIH. As I recall, I took six hours in the fall, and still went by bus four nights a week “on pass.” I went home some weekends.

As best I recall, I was the only patient doing this. We all did occupational therapy in the mornings – learning to do a “repetitive task.” Since I was to be a chemistry major at the time, I worked in the cancer lab centrifuging precipitates out of urine samples from cancer patients. (The other thing that I did a lot was play the piano in the solarium – lots of Rachmaninoff preludes – even the grandiose D-flat prelude that ends the last set, some Chopin, some Beethoven).

My contact with the world “on the outside” would become critical. I usually arrived at GW in mid afternoon and could study in the student union. Television, albeit black and white, was available, and I recall hearing President Kennedy’s Oct. 22 speech on the Cuban Missile Crisis while eating supper in the student cafeteria before an evening class in English literature. I knew what was going on and how grave it might be.

The other patients, however, did not know or grasp what was going on, and as a whole the staff didn’t either. In a couple of group therapy sessions I mentioned it, and got rather brutal with my remarks. What would happen to “people like us” if there was a war? We were probably far enough away from the heart of Washington to survive a nuclear blast, but the world would have no use for people like us once back to stone-age survival mode. Curiously, we went to the National Art Gallery on a mandatory "group activity" on Saturday, Oct. 27, just when the crisis was at peak, just before Khruschev ("We will buy you") gave in to the quarantine.

The draft was in effect, but this was still the time of Kennedy husbands and fathers, that would be scrapped by LBJ for the war in Vietnam, although the divisive student deferments would remain in effect until the lottery was instituted in 1969 (with the draft ending in 1973).

Those were perilous times, and we should never take our freedom for granted.

Picture: NIH Clinical Center from a distance (2004); My NIH records, which I secured by the Freedom of Information Act in the 1990s when I wrote my first book. There are various tentative diagnoses in my records, like "schizoid personality" -- this was well before the days of ICD-9 and any modern understanding of developmental psychology (like Aspergers). I had to talk to a psychiatrist by phone to get the release of the records authorized.

In August, 1997, after publishing my first book, I visited the nuclear shelters at Greenbrier, W Va. The Cuban Missile Crisis was documented by the New Line film 13 Days in 2000 (dir. Roger Donaldson).
Posted by Bill Boushka at 6:43 PM