Children's charities, and where discussion of them leads 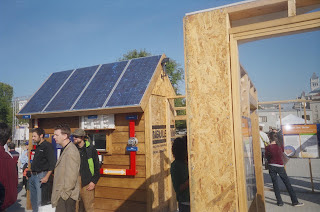 Back in 1977, while still living in New York City, I started a monthly contribution to Save the Children. After the layoff, and with reduced income in retirement, I stopped it in late 2002.

The charity would assign, on paper, a specific child which I was “sponsoring.” I would receive international mail from these children, in South America or Africa, once every six months or so. I was invited to respond to this mail if I wanted to, although I never did. During most of these years, I regarded this donation, to put it frankly, as “conscience money.” Contributing to an international children’s charity is by no means comparable to adoption or even foster care; one can always back out. The media, however, in recent years has increased the moral pressure to be open to adoption and foster care, even by singles; in some cities, ads requesting such can be seen at bus and Metro stops.

Throughout the 1970s and 1980s, society, while much more tolerant of someone like me as a matter of privacy, obviously did not welcome my involvement with the raising of children. In the 1990s, during the Clinton years, this started to change. Raising children was seen as somewhat a “village” obligation in which all should learn to participate. Even though voluntary, it would a common duty, in the sense that being able to participate in defending the country could be seen. Raising, in public, questions about gays in the military (in 1993) would lead to questions about gay marriage (the Hawaii cases in the 1990s) and even gay parenting. Of course, however, many gay men already had children, with visitation rights, as a result of previous heterosexual marriage. Now, many gay people, including men, say that they want to become parents; there are gay foster parents and in many states gay adoption and surrogate parenting are legitimate political issues.

At the end of his film “Planet in Peril,” CNN journalist talks about the “interconnectedness” of issues. That has been my approach on these blogs. Rather than focus more narrowly on problems that are obvious targets for detailed analysis from a civil libertarian point of view (the wiretapping and FISA issues, the copyright and DMCA problems, the tricky particulars of the network neutrality debate, internet censorship issues like COPA), I’ve tried to show all of these can be linked to mainstream issues, sometimes to a degree requiring unusual candor.

I am aware of the way many other blogs are set up, and I am certainly looking at ways to make these easier to track and index and open to wider ranges of advertisers. One approach that I will want to try is finding more factual material (legislative proposals or statutes, court cases, opinions) and rely less on speculation.

Update: Oct 29: I have a posting on the MADD v MAIA "trademark case" on another blog, here.
Posted by Bill Boushka at 10:49 AM