Can an employer pre-empt your income from your own intellectual property? Could SOX do so? 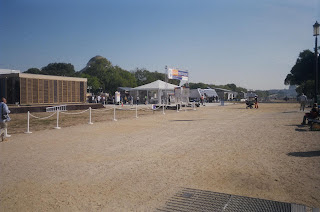 In the spring of 2005 I was contacted by a major mutual life insurance company and invited to consider the possibility of becoming an insurance agent and financial planner. The last twelve years of my information technology career had been spent in life insurance and annuities, so this business background could have attracted them. Could IU sell or would I sell?

I went to a Saturday morning orientation and passed a screening assessment on a computer. I could guess what answers “they” wanted.

The company actually sounded pretty good. Previously, in 2003 (actually dating as far back as 2001 right after 9/11) I had been contacted by another company seeking to “expand” by building franchises based on converting whole life insurance to term life, cited to be a multi-trillion dollar opportunity. This company, however, after initial certification (which is pretty easy to sell only life insurance, and takes much more study and examination to get the SEC licenses to sell securities) offered a huge array of company-paid training programs. All compensation was based on commissions (which in life insurance includes renewal commissions, which can provide a lot of passive income for years for an agent who has built up a large volume of business), but during the first three or so years the company would pay a “training bonus.” Health insurance and benefits (401K matches, etc) would be offered. The company did include sexual orientation as a category in which in practiced non-discrimination.

Early on, and even to get hired, a prospective agent would have to generate a block of leads. There was some technique to doing this. (I still get unsolicited emails about this all the time.)

I quickly began to see that my self-generated “publicity” could be a problem, although it did not come up. Instead, during the third meeting, the manager mentioned that agents would not be allowed to have any outside income during the first three years. In part this seemed related to the training bonus, but he said that it was a requirement of Sarbannes-Oxley (SOX). He claims that he even checked this with his compliance officer. I don’t see this myself in the literature on SOX, which does, however, have provisions regarding “conflict of interest.”

We checked in more detail about the “outside income” issue. It seemed like the pension was OK (it might not have been, since this is a competing company), and royalties from a previously published book were OK. But I could not sell any of my own intellectual property (books, screenplays, or even advertising revenue from blogs like this one) and be in compliance with the law.

That seems strange to me. Can a federal law stop one from receiving royalties from his own intellectual property, even it is “new” material? That seems to contradict everything we hear about copyright, especially all of the vigorous enforcement of copyright laws by record companies and movies studios.

It is true, of course, that sometimes employment offers come with "no moonlighting" policies, but royalty or other income is not necessarily moonlighting, which usually means more or less conventional part-time employment.

Of course, I would have respected confidentiality as is required in any employment. Public “reputation” from Internet activity, however, could obviously be an issue, as customers need to feel that they can count on the agent as a dedicated professional who puts his “profession” first. That even leads to another potential legal question. Is “right of publicity” a “property right”? It seems so, since common law protects the right to earn income from it, although one would have to show that one has proven that one can earn the income from it.

It does seem, however, that if one becomes an insurance agent, one enlists and "lives the life" and becomes something new.

Earlier treatment of this problem is here.
Posted by Bill Boushka at 4:55 PM