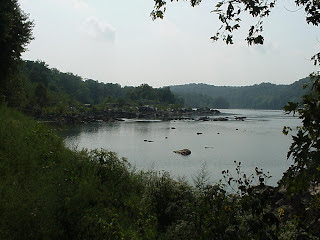 Today, two major companies in the cooperative publishing business, iUniverse, and Authorhouse, announced that they were “joining forces to change the publishing landscape. The announcement appears on the website of the "Author Solutions" brand which appears now to represent both companies together. “Cooperative publishing” is somewhat synonymous with “supported self-publishing.” Typically, the publishing company gets the ISBN numbers and is the publisher of record for libraries, amazon, bookstores, etc., and has a contractual arrangement with the author (which can included the indemnification clause that all trade publishers have, it seems). In true self-publishing, the author sets up a proprietorship (or LLP, perhaps, or even a corporation) and gets the ISBN and manages his or her own relations with distributors (Ingram). One feature of supported self-publishing is “print on demand,” where individual copies are printed from a server upon automated order received from a server like Amazon. Typically, self-publishers make print runs and have to store copies of their own books. (iUniverse will allow individual authors to set up their own imprints, however).

In the 1960s and 1970s, until the 90s, there was an older business model of “subsidy publishing” or “vanity presses” like Exposition, which was not particularly cost-effective for many new authors.

Supported self-publishing has had to compete with or otherwise mesh with other business models for “self-promotion” including eBooks (and Softlock), and more recently Web 2.0, including blogs and social networking sites, and various other models for user generated content, often supported by cooperative advertising systems. The business models that make companies in these businesses work are volatile and change rapidly with technology and cultural use by clients, as noted in the previous blog.

On Thursday, I learned about this in an email from Susan Driscoll, President and CEO of iUniverse, which has been affiliated with Barnes and Noble.

The announcement indicates that both companies will keep using their trademarked brands and all of their imprints. No immediate major changes are expected. One of iUniverse's operations republishes books by Authors Guild members, and, ironically, Authors Guild is (or at least has been) very much opposed to the idea of "amateur" publishing, insisting that members be able to get royalties from publishers.

I published my first book with iUniverse in 2000 after my first self-published print-run (from 1997) sold out. I discussed all this on this blog in early January and on July 11. iUniverse has recently promoted high-end cooperative advertising in major newspapers, a technique appropriate for newer books from authors with enough public presence known already. Non-fiction books, although often best sellers for a while when published by celebrities, tend to become out-of-date quickly and wind up being sold heavily discounted by resellers. Fiction books may last longer and may be more appropriate subjects for this sort of advertising. The company recognizes that people have varying motives for publication (including articulating political arguments); recently there have been more emails indicating a concern for how to increase sales. Some people believe (as a “moral” matter, objecting to ego and vanity) that self-published, like trade published books, ought to be held to some kind of standard of financial success, although legally (from a fiduciary concept) this applies only when publicly held companies invest in producing the books (or other media). iUniverse has, during the past three or four years, added some "high-end" publishing services with advanced professional review and editing services, in the more costly programs (that are still moderate in price compared to subsidy publishing in the pre-Internet age). This does comport with a trend in traditional trade ("New York") publishing of expecting authors to do more for themselves, especially in book promotion, a trend often discussed at writers' conferences.

Note: Today I have a posting on Internet broadband customers losing high-speed access through accidental overuse, here.
Posted by Bill Boushka at 11:52 AM