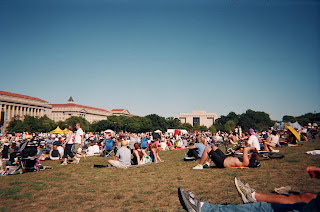 On Thursday, Sept. 27, 2007 the Wall Street Journal, on p D1 print, had a story on using social networking sites for pre-interview reference checking. This story is by Anjali Athavaley, and is titled “Job References You Can’t Control.” The link is here: (This may require registration or an on-line subscription or payment.) This practice has been known for a while with “professional profile management sites” like Ziggs.com, but it seems to be becoming more common with Myspace and Facebook., where "friends" or other linked people provide a reference list that could be checked even before calling someone in for an interview, as well as sites like LinkedIn. In some fields, recruiters may actually want to see that candidate promote themselves professionally through social networking sites. It might seem logical to do this with jobs requiring referral lists (as for sales or commission business). One has to be careful about the “friends” on these lists because one cannot be sure how each “friend” will speak about the candidate.

This practice does not necessarily involve using search engines to find out what a person says online, what others say about the person outside the social networks, or what a person’s political or religious views are, outside of a finite network. So it may seem like a more acceptable “best practice” to some recruiters and employers. They perceive that this is like "word of mouth" recruiting of "people you know" in the bricks and mortar world.

The New York Times Magazine today (Sept. 30, 2007), p. 50, has a story by Rob Walker, “A For-Credit Course: To gain campus recognition (and customers), a bank hooks up with the Facebook social-networking site.” Chase is offering the service through a Facebook group and has a program of rewards with “karma points.”
Posted by Bill Boushka at 4:56 PM