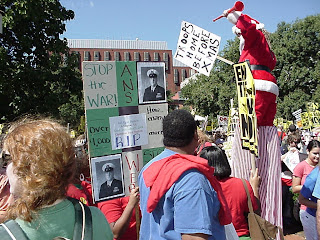 Another big area, related to health care, for “Opinion and Fact” is eldercare, and the creeping concern about filial responsibility laws.

Here there is a need to exhibit a lot of facts (“incidents” in the jargon so far) – the replacement birthrate, what the birthrates are by ethnic group in various countries. It’s also necessary to have some data on longevity and nursing home stays.

Then one comes to an exhibit on the murky area of “filial responsibility laws”. Some of this has to do with the Medicaid lookback provision, which was recently increased. But the other big area, which many people know relatively little about, is the “poor laws.” In about 28 states, there are laws that can force adult children to support indigent parents and, in a few states, more distant relatives like siblings or grandparents.

The “facts” (again on the incident table the way I have laid things out) would consist of the actual statutes in each applicable state, with web references to the actual statutes in each state, with discussion of unusual features (like distant relatives) or time limits (like a limit on how many years support), or legal paradigms, as Pennsylvania’s quiet 2005 move of filial responsibility from welfare code to family code (as if “deadbeat adult children” were as objectionable as “deadbeat dads”). There would also be entries on attempts at enforcement, such as a bizarre case in South Dakota.

As for political arguments, they do tend to be nebulous, because they depend so much on underlying philosophical distribution and issues concerning unequal distribution of wealth among families.

But when you also do this for related areas like health insurance and gay marriage, you begin to see how all the pieces fit.

I have an entry on this blog about filial responsibility laws Aug. 7, and pointers to the July entries in the “Bill retires” blog.
Posted by Bill Boushka at 11:44 AM