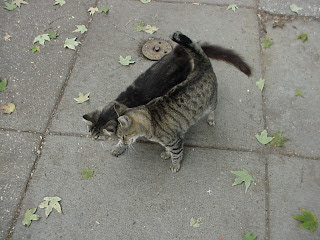 Another topic area to analyze in terms of knowledge management is self-publishing. This discussion or knowledge body addresses the fact that modern technology (most of all, the Internet, including P2P, and other practices like desktop publishing) gives individuals (and very small companies) the ability to reach a global audience with little capital (“free entry”) and sometimes surprising effectiveness.

Compared to many other topics, this subject matter leads itself to the venting of many opinions, and sometimes it is difficult to structure the concerns. It’s valuable to document the opinions in a database, and yet still one wants to find as many factual incidents as possible.

One of the biggest concerns has appeared in the past two years or so: employers have become concerned about what their job applicants and associates say about themselves, and moreover about what others say about them, on the Web. One can document the ethics, the legal questions, the technical uncertainties (identifying wrong people, for starters), and the comparison to other methods of evaluating and background-checking applicants. But what one really wants is incidents tracked back to definitive stories, such as the March 7 entry on this blog about the law student who couldn’t get a job apparently because of what people written about her. There had been earlier stories, back to the late 1990s, such as an Arizona nurse who was fired for a pornography site with her husband, but the media reports of such incidents seem to have accelerated since about 2005, as social networking sites grew.

Another subtle issue comes from an artifact of the ease of Internet postings. Stories that are factually true and possibly embarrassing to individuals stay on the Net for years, whereas in the world of print they would have been hard for employers (or suitors or spouses) to find. Some well-regarded organizations like the Electronic Privacy Information Center have proposed theories that different legal standards might have to apply to “amateur” net material than print. If so, it is extremely complicated, affected by the structure of pages (dynamic or static, database driven or not) and whether the publisher keeps the material free to viewers indefinitely (that is, the “business model” of the publisher or individual). Conceivably, later it could be affected by content labels and various search engine algorithms and associated metatags. An analyst would have to “ask the right questions in the right order” and organize the arguments and counterarguments, and then prompt journalists and contributors to track specific incidents (with specific employers, for example) back to their original fact-checked sources. If enough data were collected, a disturbing pattern would become clear, I think, which could prompt action both by organizations (ICRA) and ISPs and software vendors, and maybe even legislation.

In general, there is some degree of concern over self-promotion and the degree of people to be “famous” without accepting the responsibility (even when measured in terms of competitive financial results) that might go with the fame. At the same time, knowledge databases like Wikipedia have had to deal with the same potential abuse of otherwise objective articles.

The other big area would be all of the censorship concerns, which have a long history with the CDA and COPA (as documented on this blog. Not only would all of the arguments and opinions be documented, but so would various other items of proposed legislation.