Journalists and columnists: they both add to a knowledge base 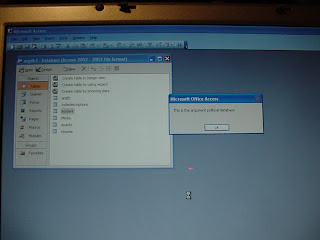 Recently there has been a lot of attention to open source and online resources developed from them, especially encyclopedias like Wikipedia. In recent months I’ve addressed the pressure on these sites to fact check their material and cite external, independent sources, which in fact they are addressing. I’ve also said that there ought to exist a credible and canonical format for “opinion,” with ways to link the opinions and track the “facts” or “incidents” that generate these opinions all the way back to standard journalistic or academic sources.

A column by English teacher and professor Erica Jacobs in the DC Examiner, p. 34, today Monday, Sept. 17, 2007, “The Education of a Columnist,” discussed the kinds of writing that students usually find as sources as they do research. She stressed the difference between standard newspaper or periodical stories, which must be as objective and factual as possible, and op-ed columns, which are by their very nature “slanted.” Yet op-eds by established columnists, politicians or “think tank” personalities will often contain valuable insights into the deeper debates underneath some of our issues, and they are in some sense “para-factual.” They will often cite specific incidents (sometimes without detailed attribution) that themselves could be rechecked. One can look at the many columns on health care, social security, global warming, eldercare demographics, Iraq, or even gay marriage and gays in the military to see this.

In the coming columns I’ll document some details as to how this kind of system could be constructed and maintained, with something like a “system spec” in various phases (the what’s (information requirements), the inputs and outputs, the methods or procedures), mostly in non-technical language. I’ve addressed this on this blog on Nov. 13, March 27, July 16.

The end result could be an open-source (relatively speaking) system and applications that outlines the various positions people take on any of these issues or sub-issues. If it was complete enough and well enough done, one wonders, what next? It’s true that if something like this existed, it would be difficult for politicians to push a one-sided approach to any issue past the public. (Presumably, Bush couldn’t get away with his tax cuts for the rich, maybe, and so on. Actually, the subtlety cuts both ways, as both the right and left want, in various ways, to control people.)

An application like this could be useful to schools and universities, if all of the sources could be validated or audited. Maybe it would take five years or so to become a common Internet institution. Would it block out the old way of doing research? That sounds like a fantasy relative to the real world, but the desire to “master and manage all knowledge” always brings up that question.