Functional write-up: how the "Opinion and Fact" database would work with the health care debate 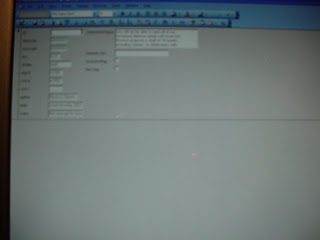 In writing system specs, one usually describes inputs, procedures, and outputs. Here, with the “knowledge management” system suggested yesterday, it’s first a good idea to run down how it might work.

Today, let’s take up how the health care debate would look.

Think about what some of the major arguments are. In general, the debate revolves around the question of whether a private, for-profit insurance system should fund health care, or whether there should be a single payer system, with the government as the payer.

What are some of the issues with the private system?

One “complaint” is that insurance companies have a supposed fiduciary duty to deny claims and screen out customers with pre-existing conditions. So one codes that argument and a description of it into the system. What is the “source”? There could be a number of sources, but one obvious source is a segment of Michael Moore’s film “Sicko.” (The “open source” contributor would identify that film with a specific value for a “source_Code”). One could code that film as the source, and perhaps a timestamp in the film where it is addressed. One notes the “publisher” (here, since it is a movie, Lions Gate , actually a distributor), and similar bibliographic information. (It’s likely you’ll find this in op-eds by Moore, or in past or future books.)

But, wait a minute. Moore here is a “columnist” (last blog). He is giving us a “slanted” view. What makes the claim more convincing is specific incidents. For one thing, one could cite the Congressional testimony by a health insurance former executive, in the film, but one would go to a more definitive, “objective source,” such as the minutes of Congressional testimony (at the Library of Congress).

On the other side of the argument, John Stossel mentions (on the ABC 20-20 program) the waiting lists in Canada and Britain. As an “incident” one might quote specific waiting list times for specific procedures (if Stossel or some other source has the numbers), and one might break them down into therapeutic and diagnostic procedures. (Do Canadians get screening at recommended intervals?) One could express this by refining the coding structure of the argument code itself. (My own sample DB on my own laptop has eight positions).

A more serious refinement of the waiting list controversy occurs when Canadian citizens go to the US for early diagnosis and pay for it out of their own pockets. (Go here: and look at the Aug. 22 entry). That entry mentions specific sources that could be re-checked and entered on an incident database as documented “facts”. Then we lead to more speculative questions, that are worthy of documenting even if experiential evidence is less convincing one way or another. Is Canadian care dependent on the availability of blood family members to be present during that recuperation? That’s a good question to ask about US Medicare, when deciding whether to do risky surgery on an infirm patient over a certain age. Some of these questions have serious social implications for others. That’s true in a broader way, because government funding of health care costs would make private behaviors more public business. Once these arguments are documented and traced back to creditable sources, one gets a good feel for the entire scope of the problem. It seems inevitable that individual "moral hazard," at least to the point that it is attributed to behavior (and lifelong health habits, while add to later life health expenses), remains a big issue.

Of course, once original sources are given (either for the “slanted” opinions or for the underlying facts in standard journalistic stories) one would like to provide the visitor the option to purchase a copy of the original research through an Amazon or BN-like credit card processing system, with appropriate distribution of royalties to original sources. That could be a big deal to negotiate. But it ought to be done.

It would also be good to provide links to resumes of the contributors, and mechanisms to audit and verify the facts online and show who has verified them.
Posted by Bill Boushka at 11:57 AM