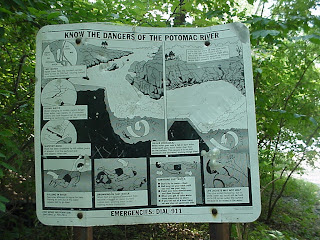 Recently I’ve noticed some television ads sponsored by the AARP for senior health insurance from United Health Care. The ads appear to appeal to people over 50 who may still be below Medicare eligibility age. The ad points out that the policies would cover the consumer when traveling if he or she took the care to pick an in network provider in order to get in-network rates. "You can see any doctor without referrals ... but if traveling anywhere in the U.S, you have the choice of staying within network to save money." Sounds benign.

First, a point about how most health insurance works. Typically, the consumer must meet an annual out-of-pocket deductible before the company starts to pay claims. But even while paying out of his own pocket, the consumer gets the benefit of deep discounts from providers who have contracts with the health insurance company. That’s one reason why having health insurance is so important and why getting the uninsured covered is a big social and political issue.

That’s actually part of the rub. Why should a solo person without insurance have to pay more for the same services, some people ask. The discounts are enormous. In 2005, I had a cat scan that listed for $1750 and the allowed price with the UHC discounts was only $375, a discount over 75%.

Even so, the out of pocket costs for many people middle aged or over or with some pre-existing condition are enormous. There is a lot written about this all of the time.

But what I am getting to in this posting is a point about speech. The individual making the sales ad is paid to make the AARP look appealing. In fact, it may very well be a good policy. Since I have UHC through ING as a retiree, I know that, although the premiums and deductibles are heavy, the company as a whole has a good reputation in the market as far as I can tell, and my experience with the company processing claims immediately has been good. The website myuhc.com is pretty effective and secure. Still, on a retiree’s cash flow situation, the health insurance premium and deductible issue is a very big deal.

My point is, what if it was my job, as a 64 year old, to write and speak or act that ad on television? It’s a reasonable question. AARP and associated companies sound like a reasonable place for retirees to look for jobs and income. They are. But think what the ad does. It makes the deal from AARP/UHC look better than it really is, even though it is probably competitive in the market. It masks the deeper question, about what our health care policy ought to be.

If it is my job to advertise a particular health care policy endorsed by the AARP, however well intended, then I no longer have the right to be publicly involved in the health care debate as an individual. I no longer have the right to be “objective” in public with my questions or statements. After all, I have (in this hypothetical situation) been paid to represent one point of view in public, to put a particular public spin on it. Lobbyists and politicians do this with “the truth” all the time. I talked about this point in the blog entry Sept. 10.

I could make a similar observation about the other side. Suppose I was working for Michael Moore. In his recent film “Sicko” he presented Cuba’s socialized medicine system as presenting good free health care for average or poor people. Other responsible media sources have questioned the credibility of Moore’s claim. Single payer or nationalized medicine (like Britain’s NHS) may have many advantages, but it may have serious shortcomings (waiting lists, rationing) too.

A reality faced by many people is that they are paid to push one point of view in public. They are paid to be “partisan.” They emphasize certain things and play down or leave out other points that may be distracting or "counterproductive" from the point of view of sales and marketing. (You don't have to "overcome objections" of the consumer if you don't let the objections get raised in the first place.) Their motive, they say, is to provide for their families. That gets to another philosophical point: one is not “objective” when taking care of a family. If you want to be “objective” don’t have kids at all. Well, then, there is still filial responsibility coming down the pike.

I could have put this little post about the AARP ad on the retirement blog or major issues blog (I’ve discussed Sicko on the movies blog), but the main issue that it raises is the speech one. At least, that’s how I see this as an AP multiple choice test question.

In fairness, AARP does have some good links on health care. There is “Creating a New Health Care Program, here. There is also a link called “Divided We Fail.”

Another example of this sort of problem comes when Dr. James Hansen, of NASA's Goddard Institute for Space Studies, spoke out on his own against the blog by retired scientist James McIntyre, challenging the accuracy of some official temperature data related to the global warming debate. This was reported today in a commentary by Dr. Tim Ball and Tom Harris "New doubts on global warming in revised NASA temperature data" on p 21 of the DC Examiner. Hansen posted his views in his own blog as a private citizen (playing down McIntyre's posting) and made a presentation to Congress as a private citizen.

However, back on Jan. 29, 2006, Andrew C. Revkin of The New York Times wrote a piece "Climate Expert Says NASA Tried to Silence Him," link here (may require visitor registration). The story reports that "officials at NASA headquarters had ordered the public affairs staff to review his coming lectures, papers, postings on the Goddard Web site and requests for interviews from journalists." Indeed, this sounds like an ethical problem when one is paid to present a particular point of view in public, which presumably a government agency director is paid to do.
Posted by Bill Boushka at 8:24 AM