Wired story on WGA and residuals income for writers 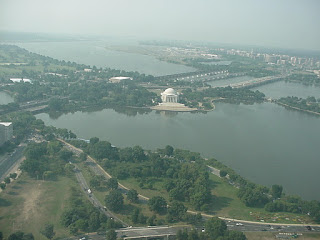 Nancy Miller has an interesting new article in the August 2007 issue of Wired about the long-standing dispute in the writers’ world about electronic and Internet republishing royalties and residuals. On P 29, with a picture of an old manual Pica typewriter with mostly missing keys, it is called “Hollywood’s Massive Rewrite: Downloads: Video-on demand! The writers want a cut.”

They always have. Now, as a WGA contract expires on Halloween, there are new concerns about iPod, mobile, UGC’s, all sorts of things. There are suggestions that writers go for the Google model or sharing ad revenue – at the professional level – when their content (including, often, trailers from movies for which they wrote shooting scripts) is viewed.

A few years ago, there were may complaints from the NWU that major publications were not sharing royalties when professionally written articles were posted on the web. The free market, of course, asks: why can’t writers’ get additional royalties as part of their contract. Well, it is right that they maintain that they can, just as do directors, actors, and other artists. The marketplace ought to tend to level itself without intervention.

Of course, there have been strikes and disputes like this before, even in the 80s when the VCR was introduced. These cycles go on and on. Some leading writers are already approaching production companies for downloaded compensation. Already, some directors do this, too, with independent films that they really want to make (particularly to chase the Repub’s out of office).

There is, too, the issue of “competition” from newer writers and artists, trying to nudge their way in with new business models incorporating user generated content. This is probably not as frightful as it sounds. Many of the issues regarding residuals involve "professional" writers who are writing content for others, not expressing their own ideas.