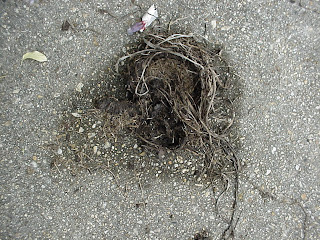 Recently, widespread media reports have noted that Wikipedia is often edited by employees of corporations or organizations seeking to “correct” information about them, but probably trying to improve the public spin.

There now exists a forensic website that can ferret (by IP address tracing, essentially) the anonymous sources of Wikipedia edits, “List anonymous Wikipedia edits from interesting organizations,” here: It was developed by an Indiana University graduate student, Virgil Griffith. (Gr is the TLD for Greece.)

Most corporations have policies against editing external sites or personal blogging with corporate computers, at least without management approval. But apparently some companies have quietly used Wikipedia’s open nature to perfect their “online reputation.”

As noted earlier on this blog (Aug. 6), Wikipedia (after all, defending its pursuit of Truth) has instituted policies against “self promotion” and “conflict of interest.” But these have become more visible only recently, as Wikipedia has needed to protect itself from academic criticism.

As I’ve noted before, my own “libertarianesque” concept of a new worldwide utility site (based on Goethe's "eternal feminine" goal of Truth) is one that allows entry of both opinions and facts, clearly identifies and links and navigates among them, clear identifies sources, rates sources as to fact-checking, and provides links to (credit card) payment mechanisms to publishers or news services that want to charge for their work.

On Wed. Aug 22 The Washington Times, on p A16 print, ran a humorous editorial "Wicked Wikis" on these findings. Nothing is quite as it looks.
Posted by Bill Boushka at 7:12 AM