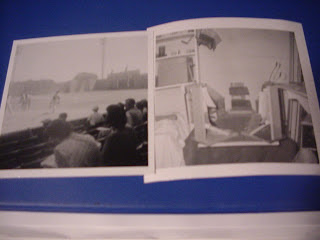 Holy Cow, a baseball game in which the winner scores 30 runs. Last night, the bottom-feeding Texas Rangers beat the Baltimore Orioles 30-3 in the first game of a twi-night doubleheader, probably played not even in the best of light for hitting. They went on to take two and add to the humiliation with a 9-7 win in the nightcap. The game was played in Camden Yards, and the Rangers were the visitors.

Sports reporters say that no major league team had scored more than 30 runs in a game since 1897. I believe that in the 1950s the Chicago White Sox beat the Kansas City Athletics 29-6 (at home in old Comiskey Park). .

In fact, Baltimore led 3-0 after three innings in that first game, and 16 of the runs came in the 8th and 9th. Had the game occurred in Texas, the score would have been “just” 24-6 because of the home team “x” in the box line score.

I lived in Dallas in the 1980s, when the Rangers were mediocre in that pre-Ballpark-in-Arlington days. 1986 was the one good year, and that year, the Rangers, down 11-6, beat the Baltimore Orioles in old symmetrical Memorial Stadium 13-11 with eight and ninth inning rallies, a game that would mark a three year slide for the Birds.

Is this sandlot baseball? Is it like the stick ball in New York City streets?

The game reminds me of the Backyard Baseball League here in the 1950s that us kids founded. In those days, yards were big enough to make softball (and especially whiffleball) feasible. We played two or three to a team and had a force play at the plate, which not everyone understood. We had an individual “league” with the rules rigged to keep the scores reasonable. For example, “over the fence” was out in most yards and areas, but you could hit a home run by looping the ball into a wicket-bounded garden in front of the fence (a “blast” of maybe 90 feet), or if the ball ricocheted back into the yard off the wall or roof of the next house (in some yards). (You also had to loop the ball around a poplar tree in our yard; the kids learned the word “interference”; a wild pitch into the next yard also gave the batter a run.) Physically behind the other boys and slightly older, I made up the rules. It was brains over brawn, just as in the Richard Connell story “The Most Dangerous Game.” I designed the rules so that the scores would be reasonable, more or less like major league scores. I also designed them so that I could win at home, which I usually did, and the other kids resented the fact that the “underdog” boy (me) could win that way. (One of the boys would die in Vietnam, whereas I would be “sheltered” by deferments and a protected MOS when I went.) The most lopsided loss I ever had was 31-4 (a 27 run margin, just like in the Orioles game) and that was “on the road.” The most lopsided loss at home was 17-1 (sounds like the Nat's 15-1 loss to the Tigers this year at RFK). Most of the home games would up like 3-2 or 4-3. At least one of those other yards has been carved up by modern home expansion. 1958 was “The Year of the Backyard League” and the Washington Senators lost the last 13 games of the year scoring almost no runs (September was always real bad); in 1959 they would lose 18 in a row, including all the games on a “western trip”. (In those days, Cleveland, Chicago, Detroit and Kansas City were the “West” and Washington, Baltimore, New York and Boston were the “East”. Baseball had just come to the West Coast that year with the Giants and Dodgers. Expansion would soon come.

The other game that I took up was chess, and in my best days I got up almost to 2000 USCF. Since starting writing in the 1990s, I have had almost no time for tournament chess, and could not be “competitive” now. But chess got to be a bit like baseball. The events on the 64-square board imitated the moral dilemmas of life. A player’s “team” was his opening repertoire (in the pre-Internet era keeping up with books and magazines was a challenge). I liked openings that were theoretically defendable or justifiable (because that fit my notion of ethics) but that led to sharp, tactical complications. I recall well the controversies of the Sicilian Yugoslav Dragon, or the Winawer French Poisoned Pawn. And I remember how the "moral values" of openings and middle games translated into the Endgame and "opposition" and sometimes zugzwang.

I look forward to the Nat's new stadium next year, even if it displaced by favorite club (The Velvet Nations). What an irony if I wind up working some day in one of the new office buildings in the waterfront area and going to “businessman’s special” matinee games, or living in one of the condos. It could happen.

The boyhood experiments make me wonder about the sacrosanct rules of MLB. Will the visiting team always bat first? (What happens when there is a rainout and the makeup game is played in the "visiting team's" city in September? Does someone know? If so please comment.) (P.S. On Aug. 24, the Nats committed the worst of sins, blowing a four run lead in the bottom of the ninth at Colorado. In 2005, the blew a five run lead this way in San Diego. In June 1961, the "new" Senators blew a 12-5 lead with two outs and a man on first in the bottom of the ninth in Boston.)

I've thought that pro football could use even more rules changes, such as a way to score one point: if you down a punt or kickoff in the end zone, it is one point. (You could have a football final score of 1-0, now mathematically impossible.) That would be rare, but would lead more safeties, fumbles leading to touchdowns, etc. It would make things even more interesting.

Is there a moral to all of this? Maybe. I think it can be found in Connell’s famous story.

Picture: Old Griffith Stadium at a game with the Yankees; a toy model stadium made as a board game around 1957.
Posted by Bill Boushka at 6:19 AM