Pruning the teen brain and pre-teen brain: specifically, mine 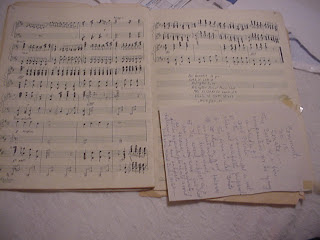 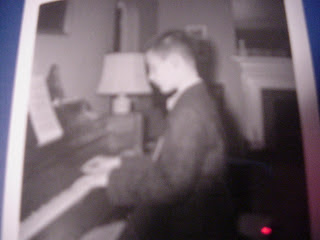 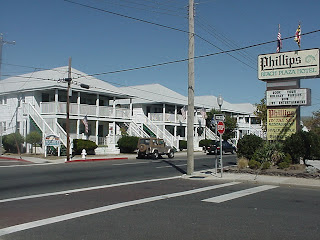 Back in the 1940s and 50s my family took a one week vacation every summer to Ocean City. Those were the days before the Bay Bridge when you took a ferry across the Chesapeake Bay and couldn’t see the Kent Island shore from the other side at ground level. It was fun. We stayed with another family in apartments one block from the beach.

In the summer of 1950, I got the measles there. We cut short the trip can came home after four days. I had finished first grade. Measles is a dangerous infection that now is prevented by mandatory vaccination. It can leave subtle central nervous system damage.

I did well in school in first and second grades with few problems. I remember the math drills in second grade, memorizing the multiplication tables. Teaching grade school, drilling kids, must be exhausting work.

By the third grade, something was “wrong.” I did not get along with the teacher, and I seemed to be falling behind physically, unable to compete with other boys on the playground. For a while if affected me academically, as on one Weekly Reader test I got the lowest grade in the class. I seemed a bit unfocused, dyslexic, and had trouble with attention, and tended to interrupt in class and demand attention.

But something else was going on. By February of 1952, I became aware of an interest in music, which I cannot explain. We bought a Kimball piano. I started lessons with a private teacher who gave lessons and ran a Wednesday class in the basement of her nearby Arlington home. About the time I started the music lessons, the problems with reading and dyslexia seemed to turn around quickly, and by fifth grade, at least, I had a reputation as a good student, which I progressively would become in middle school and especially high school. The music obviously made a difference. In time, it would expand. I would subscribe to the Sherwood Musical School course from Chicago, play in recitals and rated festivals, and the idea of a career was under serious consideration. I would develop a music memory and be able to recognize most major classical works by one excerpt. I cannot explain this. The music memory would expand in the 60s and conductors like Leonard Bernstein would expand the standard repertoire to include all of Mahler and Carl Nielsen, and other post-romantic and early modern composers would develop followings.

We hear a lot about the “teen brain” and the process of “pruning” that starts in adolescence and leads to the young adult personality with its specialized capabilities that will define the adult productive life. For some people, the “pruning” probably starts earlier. That leads to exceptional maturity in some areas (look at the focus of some teen actors and performers) and sometimes deficits in others. In my case, the measles might have done some subtle damage, limiting my ability to handle everything. The music lessons enable the intellect to develop but caused other physical and social abilities (eventually including the inclination to court and pamper women) normally expected of boys to be “crowded out” or “laid off” because there was not room for them and they were perceived by my developing brain as not needed. Sometimes the pattern seems related to milder forms of autism, like Asperger syndrome, where the child or teen (often a boy) is introverted and able to stimulate himself mentally and rejects unnecessary and distracting social pressures to respond to others.

This comes to take on a moral aspect. My father was very concerned about this and tried to force me to do normal chores, not just adequately for the actual practical situation, but with mechanical perfection. Father was actually a workshop hobbyist and enjoyed doing mechanical chores and restorations around the house, including working on cars. He saw getting me to do these things as mandatory socialization, that I should not count on the world allowing me to live the way I wanted to or have the music career I wanted. That’s an understandable attitude from a generation that went through the Depression and World Wars. I think he saw this as a prerequisite for being able to develop an interest in women, and marry and have children (I am an only child) in order to respected as a man in society. This mindset gets back to a sense of duty and acceptance of external adversity and order that earlier generations did not question the way activists have since the 1960s. One gives up expressing one’s deepest talents and gifts in order to conform to the moral demands of others to “pay one’s dues” and be able to share commitment and sacrifice. Parents, when demanding that "different" children conform to their direction in detail, seem to be trying to channel their children into emotional loyalty and conformity as a prerequisite for being able to "do their own thing" later.

By the late 1950s, with the Cold War, it was becoming apparent that “geeks” were going to be valuable, and society started to deal with the fact that it needed to tolerate, even encourage, those who were different. Indeed, its survival might depend on them. This became horribly difficult with all of the social issues that would erupt: civil rights, desegregation, the draft, the unfairness of draft deferments, and then the corruption underneath the Vietnam war itself, and corruption within the White House. Individualism started to look like a good thing. Yet, I was discouraged (by the threat of unfavorable draft treatment) to follow music and to enter science and math instead, which I did. Of course, from other postings (Nov. 28) readers know about what happened at William and Mary in 1961.

The Warner Brothers show Everwood presented a teenage boy piano prodigy (Ephram, played powerfully by Canadian actor Gregory Smith) who is on track to go to Julliard and loses the opportunity in an episode where he tries to prove himself “a man.” I lost the opportunity more or less for the opposite reasons, and that it a bit of an irony.

I suppose my genetic background did include some unusual gifts, but because I did not compete well in "manly" pursuits, I came to believe, in my "overly rational" teen brain, that it did not make sense for me to "compete" to have a wife and family. It made more sense to live in a specialized, aesthetic emotional world that turned physics inside out, like a pineapple upside-down cake. That's the way pruning works. It means that some genes are lost forever. I sometimes wonder, at least in a personal context, if avoiding conception more profound but subtle moral implications as terminating a life once it is conceived. Or did Griswold v. Connecticut settle that in 1962? Whatever the moral thinking, the most profoundly intimate parts of one's life do have implications for the futures of others.
Posted by Bill Boushka at 9:41 AM