Online reputation alerts -- and a call for "best practices" 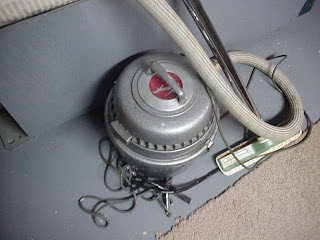 “They” – the online reputation gurus – tell everyone to check their names in search engines – several of them. Now my situation is a bit unusual. My legal name is one thing; my middle initial generates a nickname “Bill” that I kind of use as a pen name. Furthermore, I have an Eastern European last name (Bohemian) with an unusual spelling. I do have relatives in the Midwest (such as Kansas, where there is a basketball player with my last name) but probably won’t be confused with many people.

If I Google my full legal name, I get one page of references. If I use the customary name with middle initial, I get eight. With “Bill” I get twelve. The count increases if you search for “omitted” references. That shows a lot self-promoting activity and controversy, mostly in activist matters involving free speech and (cause celebre in the 90s) the “don’t ask don’t tell” issue.

What does this mean for my “reputation”? I guess it is in the eyes of the beholder. But, as I’ve noted in earlier posts, there are certainly issues for some employers. It’s not as critical for me since I “retired” and have some income. I wouldn’t have done this if I were in my thirties. Say, I were to use my twelve years of information technology in the life insurance business and go out and become an agent. Isn’t that logical, to go out and sell it? Isn’t that what many retired people are expected to do? Then I have to live the life and become a “member of the community.” Were a customer to look me up, depending on his or her own social background, some of my candor might be a bit jarring. The same thing would be true if I became a public school teacher.

I’ve thought about this kind of problem for a number of years, and in earlier times I have even said that managers and people paid to speak for others or make decisions about others should not speak for themselves on their own in a “free entry” mode of totally public blogs, sites and profiles. They are, after all, being paid to represent the interests of others in a public manner. Wouldn't employers want to discourage people from putting forth their own personal world-view this way through a free entry mechanism, diluting the effect of their official capacity to represent the organization?

But wait a minute? If you hide in plain sight, people will wonder who you are. The very fact that the Internet and blogs exist will, in a sense, “out” everyone. If I apply for a job just as an individual contributor in information technology (my thirty years war career) won’t employers want to find me on message boards discussing the latest java programming techniques? You find that with a lot of younger IT techies, and you find it with teenagers: a lot of curiosity about gadgetry for its own sake, and a certain superficiality. (I am reminded of the coworker who impressed everyone with the offering of a Linux operating system for a 386 style machine on one 1.44 IBM-formatted floppy.)

We just haven’t decided what to believe about “online reputation” because our culture doesn’t quite get what to make of the notion. Some families and employers look at it as an extension of conversation and dress (sartorial tastes). I remember an EDS memo back from 1972 giving the employee dress code – very strict and prudish in those days [in the 50s IBM actually checked men for garters], that reasoned that customers don’t understand computers so they need the reassurance of well-dressed professionals. Today, that could translate into needing to find comfort if they look up their favorite consultant online. True, something you shouldn’t say in the workplace (because of hostile workplace and harassment concerns) you probably shouldn’t post, at least with inappropriate vocabulary, online either, even at home from your own computer on your own blog. And if you wouldn’t want to be seen drunk in public, you probably shouldn’t post a YouTube video (or let anyone else do so) of your behavior if you do go overboard.

The issues are far more subtle than that, however. The fact that certain subject matter would concern me certainly tells a visitor something about my personality. In fact, I am willing to present myself, not only with candor, but in a manner that seems, on the surface, to be self-deprecating, in order to make a political point (resentment over superficial social ideas of the “male role” as “protector” for example). In one case, I created a furor with a screenplay fiction short that I posted in which I presented a character too much like me as the bad guy, speaking hypothetically. Some people thought it was crazy to do that, because of what others will think. At least make the protagonist different (female, straight, etc). (That’s the whole “Touching” case issue that I discussed in detail on this blog July 27).

I would even go further in may case, and say that to some people, my publication of this mass of material on the Internet reflects, not just introversion, but maybe hostility to accepting the presence of other people and bonding with them. People with "real responsibilities" don't do this; they have to be focused on narrow interpretations of their interests. So isn't it a bit "rude"? Maybe. But in my early 50s I made a decision that "knowledge management" -- with a particular emphasis on "connecting the dots" (something our leadership doesn't do well in a bureaucracy and that families somethings think they can't afford to do) would be my second career. There can hardly be a turning back. Yes, it all started with "don't ask don't tell." It was time to tell.

It seems that employers have a new tool, besides personality tests and voice tests: the search engine. But it’s obvious that the people who built the Internet never really intended that it be used as a tool to measure social conformity. Furthermore, there are obvious problems with erroneous information. Someone with a common name will have many other people to be confused with. People do post derogatory comments and videos about others, on profiles, blogs and message boards. And people act pretty silly on a lot of message boards. No one, until a couple of years ago, imagined these as a job screening hazard.

Recently, on a Sunday morning Today show, experts told consumers to check their names frequently on search engines for misinformation posted by others, and also indicated that major search engines have services called “alerts” to inform them by email when their names (whether for them or like-named individuals) get indexed. This sounds a bit like paranoia.

It is true, though, the Internet (sites, blogs, profiles, message boards, listservers) is a lot more than “conversation”. Until fifteen or so years ago, the practical logistical difficulty of finding print in libraries or on microfilm tended to mean that comments tended to die. So did verbal comments in “conversation”, even though some of us can tell stories with unpleasant reoccurrences of the “long memories” of others (myself included). Now they can stay indexed by search engines, open to the public in any home in the world with an Internet connection, for years or decades.

It’s only relatively recently that the legal community has started to recognize that this is an unexplored area that the law, in its current state, is uncertain about. The “Touching” problem certainly fits in to this uncertainty. But what should be clear that profiles and blogs involve publication (the software vendors and ISP’s, in all of their encouragement of self-expression, call it just that), which is, in practice, a bit more than just conversation (even the name of the famous 1974 movie), or something that you practice in a foreign language class. In fact, even in the law, the term “publication” can have multiple meanings, which adds to the confusion.

The human resources world, as should the college and grad school admissions world, should hone in on what is reasonable and ethical use of gumshoeing of people on the Internet, where much information is wrong, perhaps self-posted for purposes of irony, or even about the wrong person. This is certainly a call for “best practices.”

Picture: Can a 1940s vacuum cleaner “clean up my digital dirt”?
Posted by Bill Boushka at 6:58 AM