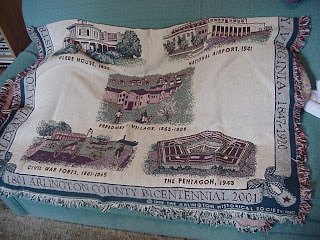 “This company gives lie detector tests.” I recall hearing a coworker say that wound 1982 after six months or so at Chilton Corporation in Dallas, where someone had been fired for tampering with credit reports. In fact, during my six years there in the 80s, I never heard about the polygraph being used, although I had heard that it had been used in the 70s.

Since the polygraph is not admissible in court in criminal cases, I had wondered about the ethics of using it at all in employment. Yet the government uses it with employees with high level top secret security clearances, in cases where there is no need to presume “innocence.” I’ve always perceived it as a bit intrusive, to see cuffs put on someone’s body.

Companies started using other kinds of “lie detection” such as voice stress analysis, or just multiple choice personality tests. In 2003 I took AT&T’s personality test at home and did not get past it, which barred me from applying again for six months. The Transportation Security Administration (TSA) uses a personality test for security screeners. Outplacement companies (like Right Management) use them to help classify client occupational aptitudes and interests, with a division of personalities into various categories labeled by color on a kind of Norton Chart. Some of the better known tests are Myers Briggs and the Minnesota Multiphasic Personality Inventory, as discussed here.

On Thursday, Aug. 30, 2007 ABC “Good Morning America” presented a report on functional magnetic resonance imaging (FMRI) presenting an MRI device from a company called “No Lie MRI”, “New Truth Verification Technology.” A reporter went through the MRI, which showed elevated blood flow in certain areas of the brain when she lied. It does not appear that any contrast dyes are injected or that any sort of body invasion takes place (unlike a some lie detection scenes in the shows “Smallville” and “Kyle XY”). The company seems to be looking for investors and more locations.

This reminds one of other medical tests with mind-reading potentials, such as pupilometrics (as in the 1974 film “The Parallax View”) or plethysmography.

It’s all too easy to imagine abuses of this technology, for example, to check sexual orientation of those entering or in the military.

A good blog on the ethics of this new technology is here.
Posted by Bill Boushka at 7:17 AM