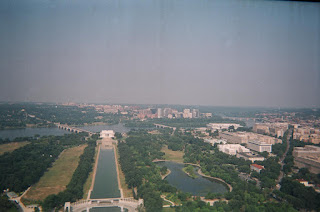 In July, I did some detailed factual research on a creeping issue, filial responsibility laws. These are laws on the books in about 28 states that enable states to require solvent adult children to help pay for medical and nursing home bills of parents who are otherwise indigent and who might depend on Medicaid or other public assistance. They are derived from English “poor laws” of the 17th Century.

I looked at the laws in ten states, and posted the findings, with links to the laws, here: particularly on July 12 and July 7, 2007. But I’d like to make a few high level points today on my main blog, which seems to be visited more often. I have an older detailed discussion here:

(1) These laws apply even when a parent has not given assets away to an adult child to qualify for Medicaid. That situation is discussed by the media much more often, and states and the federal government (for its shares) has increased the “lookback” period recently to prevent “abuse” by parents and adult children of inheritance. The lookback concept itself seems like reasonable, ethical and sensible public policy and does not create social controversy, although financial planners pay close attention to it when advising clients with eldercare issues.

(2) Laws vary in significant details. A few states, like South Dakota and Iowa, apparently extend filial responsibility to more distant relatives (that can include grandparents or siblings). Some states, like Virginia, limit the “liability period” to, say, sixty months. Pennsylvania, in 2005, quietly moved its filial responsibility laws from its welfare code to its family support code, to make it parallel to spousal and child support, apparently to make a “political statement” about “family values”. Nearly all states make exceptions where a parent had deserted a minor child.

(3) In many states these laws have never been enforced (other than in the lookback context, above). In a few others there has been sporadic attempts at enforcement, which sometimes fail in court, and which might also fail if the adult children are out-of-state. However, in the past five years or so, conservative websites and papers have occasionally called for their enforcement, both on “moral” grounds but mainly to help reduce public spending on Medicaid, which some conservatives claim adult children could pay for as much as one third of. Demographics (people living longer while infirm, Alzheimer’s, other disabilities, and middle class white people having fewer kids) can make the problem more acute.

(4) Ethical and legal arguments for or against these laws seem speculative. To many people, it seems “intuitive” or “self-evident” that adult children have a moral obligation to provide their parents with “payback.” To others, blood loyalty is itself a primary virtue. But normally, in the law, family support has been based on the idea that a voluntary act (marriage, or sexual intercourse leading to procreation, or adoption) created the legal support obligation. Filial responsibility would exist without a voluntary act (creating a “contract”). Of course, there are other involuntary responsibilities (income taxes, or even school taxes to which the childless also contribute today without much controversy).

(5) It should be obvious that, in many families, filial responsibility laws could be enforced in such a way as to have a severe impact on childless adults and on LGBT people. They could be construed as sending a (religious) “message” that openness to procreation is an “obligation,” as a rebuke of deliberate childlessness by some heterosexually married couples and of course GLBT people. They could encourage people to have children who otherwise wouldn’t (providing some answer to the demographic problem) but they could also discourage having children in certain cases.

(6) Major media outlets have slept on this issue, as has the LGBT press. There could be a fear that bringing it up would lead to more harassment enforcement attempts in some states.

(7) It’s clear that some people believe in the “village” concept of family responsibility and that everyone should share it, childed or not. But if so, it makes sense to embrace gay marriage and gay adoption as a way of sharing family responsibility. The problem, as we know, then quickly becomes “dilution” of the honored position of marital (heterosexual) sexual intercourse, which others must “subsidize”. This quickly comes back to becoming an emotional issue. It could even lead to the re-evolution of ideas like "blood libel" or "family defamation."
Posted by Bill Boushka at 6:08 AM