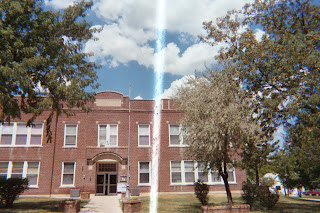 Facebook is in the news with several developments. Various sources report that Facebook is developing the target marketing concept (actually inherited from the way credit reporting companies did with promotions in the 1980s) by forming groups of advertisers that are good fits for its culture (Apple, MasterCard) and matching them to subscribers. The story is “Facebook to Offer New Ad Options”, by Kevin Newcomb of Clickz, here:

Advertising has long supported the “free content” model for broadcast television, and developing it to match user-generated content is an evolving business concept, as bloggers continue to use it.

Facebook is also in the news with a story by Juan Carlos Perez, “Facebook Cracks Down on Developer Spam: Facebook is now taking steps to prevent some third party applications from engaging in ‘inappropriate actions’", Aug. 28, 2007, here: This came from a Facebook Developers Blog entry by Dave Morin, “Change is Coming,” here:, with a discussion of Profile Boxes. Apparently developers were encouraging profilers to showing icons to visitors encouraging them to add new applications.

There is something disingenuous about they way Facebook presents itself to the entire public, though. If you go to the facebook.com home page now, you see, on the right side, “Everyone Can Use Facebook” before the green SingUp button. But if you read the terms of service, you see that a subscriber must be enrolled in high school or college (as well as be at least 13). Facebook is well known for “whitelisting” and for keeping the universe of possible visitors limited, in order to protect privacy, and originally it was more active in this area than Myspace.

“Facebook grows up” provided the cover story for the Aug 20 issue of Newsweek, and a story about how college student Mark Zuckerberg dreamed of a new way for stuents to connect, with the link at MSNBC here: “Facebook” would become a verb, a leading edge of Web 2.0, sounding more like a verb and easier to “conjugate” than “Myspace.”
Posted by Bill Boushka at 7:37 AM