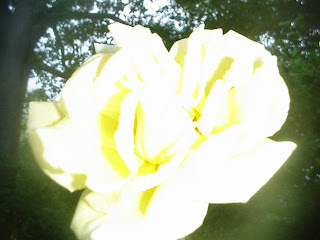 Monday July 30, 2007 Bob Weinstein published a syndicated article “New Age Networking: The Power of Social Networks” in the Recruitment Section (a Monday feature) of The Washington Times, p D4 in print. He talked about how HR recruiters are needing to become savvy with Web 2.0 concepts in order to find their companies the very specialized talent that some of them need to compete.

A couple of points come to mind. One is that needs have become very specialized, particularly in IT, which is why some people (like security pros) are in such extreme demand for six-figure jobs while others are marginalized. Microcultures evolve, whose populations are fanatical about what they do, but then things “on the Outside” change and the people, formerly in demand, are next to become passé.

Another point is that many jobs, especially in sales (outside of retail), such as insurance of financial services, involve social connections and social “reputation.” Companies imagine or fear now that proper online social networking skills are essential to building businesses, which could morph into personal fiefdoms. Companies like Nielsen reportedly are rating the effectiveness of sites and profiles in getting hits and potential business contact.

This certainly puts a spin of the viewing of profiles of job applicants, as it has been reported in the past two years or so. Many sites (most of all Facebook, but more recently Myspace) have been adding in the capability to restrict the access to profiles (“whitelisting”) for personal and family security (especially for minors -- as now rapidly becoming legally necessary, sometimes for females). Yet companies often want to see relatively restricted profiles from job applicants. It's not just global search engine exposure to potential customers that "worries" them. They seem to think that popularity is important. In sales, sometimes it is.

I’m concerned about the “maturity” with which we look at online reputations, which now vary from “friend counts” to concerns over webcam videos of the last ping pong prawns at a fraternity party. I’m afraid that the value of the Internet – the democratization of speech and debate and taking some of this back from the major media outlets and giving it to individuals – could be lost in concerns over new norms of online social conformity.
Posted by Bill Boushka at 10:27 AM