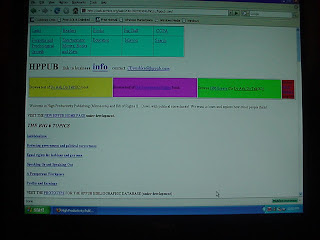 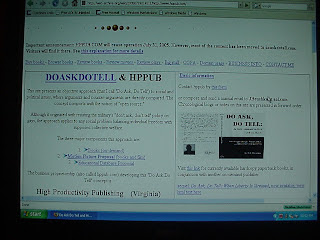 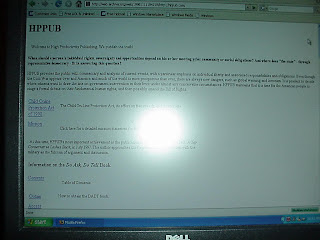 August 1, the beginning to the dog days of the year before the year starts winding down, marks another major anniversary for me. On Aug. 1, 1997, ten years ago (one decade exactly) I owned my own domain name for the first time. It was called hppub.com, as an acronym for High Productivity Publishing, the entity that I set up to publish my first “Do Ask Do Tell” book (see entry for July 11). A friend in the workplace was already running a webhosting company, virtualnetspace.com. He was using rack space from another provider in Maryland. The history of hppub can be traced on the Internet Archive.

I had actually had a book proposal for my “gay conservative’s opus” on an web server as early as the end of March, 1996, hosted by a company in Ontario, CA called IBB. (A copy of the file is here.) It cost about $195 for six months and it took them a week or two to put anything up. AOL had put up home.aol.com which at the time allowed personal publishing of images but only one text file. Around October 1996 AOL launched personal publisher “hometown AOL” which was a convenient repository for updates to the book. Then my friend informed me that web hosting to the public Internet was now cheap. I could have my own domain with essentially unlimited text space for $100 a year. He also introduced me to Ipswitch WS-FTP.

On Ju;y 31, 1998 I upload the texts of the six chapters of my first book for browsing, since I knew they would get into search engines and many more people would find them. That set up my involvement with COPA..

I set up doaskdotell.com at the end of 1999, because I wanted to make the name plausible for a movie (there is plenty more about that on the other blogs). On Aug. 1 2005 I abandoned using the name hppub because I was no longer running an operating “publishing company” and moved everything to doaskdotell.com and the blogs.

There is also the experiemental billboushka.com and the “professional” johnwboushka.com .

More discussion of the domain names is here.
Posted by Bill Boushka at 6:53 AM