Sprint cancellation of "abusive" customers is hopefully not a new trend 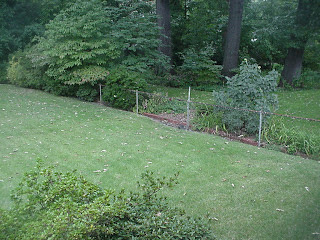 Reuters news service today offered a story (with no writer named as author) “Sprint ditches customers who complain too much.” Over 1000 customers (out of over 50 million) received cancellation letters from Sprint Nextel starting at the end of June, for making what sounds like more than one customer service call per day, often for the same problem, for months. Sometimes calls were abusive. According to the story, cancellations by other carriers are rare, but sometimes involve “voice over” abuses.

When I worked for a collection agency in 2003, Nextel was one of the telecommunications provider accounts, although I personally did not work on it (I worked on AT&T).

All forms of high speed Internet and video data services do have a large number of possible points of failure. Companies need to have support staff able to diagnose system outages quickly. I have high speed Internet with cable television, generally reliable but a little less stable on weekdays in recent months as more residential customers get added. Sometimes customer service does not have the latest information of system outages. Recently, a technician replaced some splitters, saying that they can deteriorate with time, especially if wired too tight by the original technician; outside they might be disrupted by animals (squirrels or cats). Generally service remains intact even during severe thunderstorms (while I dial in to weather.com), heavy rains or snow. High speed Internet is more likely to have an outage than cable television on the same lines. Usually, during an outage, if the cable modem is powered off, allowed to rest for a minute and repowered the service will reconnect in time. Sometimes certain groups of websites (or even certain services on certain sites) cannot be accessed, and this would seem to be a problem with a connection between the cable provider and a local major routing company.

Many people depend on high speed access to work from home. Catalogue companies (like Alpine) that hire representatives to work from home typically insist on a land-wired connection (cable or fiber-optic) and not wireless. This is probably likely to change as wireless becomes more reliable and stable (which is definitely happening). I have found free, unsecured wireless services in motels to be quite usable and reliable in most cases, sometimes with short outages. As media reports indicate, it is safer to conduct business on a laptop that a traveler owns than in a hotel business center.

Abuse by customers has been a sensitive issue for providers ever since home Internet use started in the 1990s. AOL was famous for its “terms of service” which it was forced to rewrite in baby language (“rules of the road”). All providers have “acceptable use policies” which often have a lot of legal language. It is common for ISP’s to require subscribers to indemnify them for legal damages, although actual pursuit of customers seems to be very rare (except in cases related to spam and widespread abuse of networks).

Some flaws in the whole Internet infrastructure still make it possible for customers to be falsely targeted as abusers. One concern is that with SMTP it is still too easy (for imposters and spammers) to spoof email sender addresses, and therefore make certain subscribers appear to become nuisances for providers. (At the same time, today large ISP’s can offer tremendous bandwidth and disk space resources at low prices to shared hosting subscribers.) Unused and unnecessary email addresses on many accounts probably increases this risk. Reform of email protocol (and some system to charge micropostage for it, as I suggested on this blog around the end of 2006, to prevent "infinite" abuse of a free service) is long overdue.

Leslie Cauley has an important story at the bottom of page A1 in USA Today Tuesday "New Rules Could Rock Wireless World: Consumers, not carriers, may get to choose devices" It discusses the Apple iPhone as an example of proprietary arrangements that may be junked in the future. Right now, the iPhone can work only with features provided by Apple and AT&T and an AT&T contract. In the kind of situation described in the first part of this blog entry, an individual iPhone could become useless. Right now, handsets in the US had features removed that would allow connection to unauthorized carriers, but this does not happen in Europe. FCC changes, allowing consumers more power, might come into effect as the spectrum vacated by TV stations going digital in 2009 becomes available.
Posted by Bill Boushka at 2:31 PM