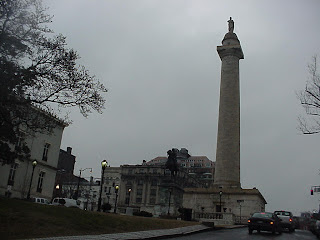 Several major companies plan to reduce the length of time that the source of search queries is retained. Microsoft (msn) will make queries anonymous in 18 months, Yahoo! in 13. Ask will allow users to make all query retention anonymous. Google plans a period of 18 to 24 months, separate and make search query more secure, and shorten the period of cookies. The cookie comment is interesting. When I run McAfee scan, it always deletes some cookies but leaves most cookies in place.

Some of this has to do with the moderation by the Federal Communications Commission, which has concerns over Google’s planned acquisition of Doubleclick.

Concerns over consumer privacy have mounted, since, for example, when AOL accidentally released the search results and users of up to 650000 searches.

The search engine industry claims that search result databases are very helpful in delivering ads to websites that are likely to interest specific visitors. That certainly makes sense. Companies do targeted marketing based on collected consumer data all the time and this has always been seen as legitimate business. When I worked for Chilton, a credit reporting company (now Experian) in Dallas in the 1980s, much of the company’s revenue (and support for our jobs) came from the sale of consumer data to advertisers for “promotions” (which then were by mail), as well as for conventional credit report checks.

I often use the Urchin statistics on doaskdotell.com to tell me what is of concern to visitors. Some of the searches are silly and reflect a concern for body image (especially in conjunction with prominent younger male actors). Sometimes visitors seem to want to confirm rumors of the sexual orientation of various persons. I don’t ever out anyone or publish that, but the appearance of a name and various words on the same HTML page will cause a false “hit” (as with an actor’s name and a movie that deals with gay subject matter) and the page must be retrieved and read to see what it really says. (For example, I often have more than one movie or book review on the same page, which causes combinations to come up). During the COPA (Child Online Protection Act) trial, the Justice Department asked for records of searches to verify a theory that visitors deliberately go fishing for prurient items. But those searches were reported as anonymous (the identities of the searchers were not disclosed).

But, more significant, is that visitors seem to be very concerned about some social and political issues that the major media outlets have yet to pay attention to. Many of them have to do with more subtle areas of family values and free speech controversies. For example, I get a lot of hits on “filial responsibility laws” (especially in California), and a lot of hits on “blogging policy” or issues having to do with employers checking social networking site profiles (which the media started writing about in 2006), and even “reputation maintenance.”
Posted by Bill Boushka at 7:12 AM