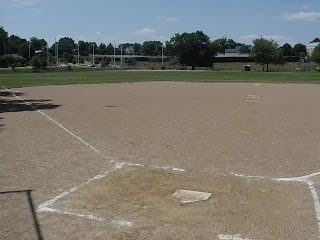 Dan K. Thomasson, former editor of the Scripps Howard News Service, has a sobering if a bit nebulous and inconclusive op-ed called “Free speech fog” on page A11 of the print version of The Washington Times, Saturday July 21, 2007.

His main concern is that “citizen journalists” be held accountable to the same legal standards regarding defamation and other risks as is professional journalism today. He makes a lot of caveats. He admits that, with technology, the professional media has short-circuited the fact-checking process in the name of cost-cutting and efficiency. Remember that 50’s board game “Star Reporter”? He mentions, somewhat obliquely, the issue of cribbing, and (beyond academic integrity) it seems to beg the old question of ownership of "scoops," an idea that contradicts "fair use" in the copyright law.

He notes some equivocation in the actions of new Supreme Court Justice Sam Alito, who stated that he will defend free speech in all media, which would include the Internet, and who (by inference) appeared eager to protect the rights of bloggers with respect to the threats that came from campaign finance reform. Alito, however, was willing to limit free speech in the Alaska high school case where a student was arguably promoting drug use at a school sponsored event. One important and understated significance of that case is that the Court indicated that speakers (whether on the Internet or in physical presence or any media), when visible in public, do have to take responsibility for the likelihood that their ambiguous content can be misconstrued by others as enticing. This is the “implicit content” concept that came up tangentially in the COPA trial with respect to school systems, with the judge indicating that it is an unsettling and unclear concept with little judicial experience.

It is true that the Internet (with its incarnations like Web 2.0 and user generated content) was turned loose on the public, including minors, with (compared to what is expected of journalists in the established press) no legal training and no real grasp of the potential downstream consequences of exhibitionism or defamation (of others or even of self) on the Internet. Thomasson is vague as to what will be done about it, but suggests that it is inevitable that their will be some major litigation incident on amateur publications that gets to the Supreme Court.

There is a lot to be looked at, to be sure. Some of the risks come from irresponsible behavior by major corporations (including banks and credit grantors). Some of it results from technology deployed as free that, with only microscopic unit charges (like email) could become much safer. The free market is taking steps to “rate” websites and inform visitors of dangers, although this process is new and far from perfect. It’s possible, though, that down the road, individual publishers might have to demonstrate educational qualifications (such as mandatory courses in high school on legal risks), or financial stability or other resources to stay afloat—the period of free entry could come to an end. The recent book by Andrew Keen, "The Cult of the Amateur" (reviewed on the books blog June 26), while overdone, seems relevant here. Possibly the concepts of speech, publication and distribution will become separated somewhat in the eyes of the law, as they used to be separated in practice.

It’s also important that the Human Resources world get a grip on this – as to how much or what kind of search engine checking on job applicants or employees is ethically appropriate, and how to interpret third party postings about applicants that are likely to be unreliable. Online reputation has suddenly become a new buzzword, but what it ought to mean is still quite debatable.

The old media world still has issues with bureaucracy, and important, cutting-edge controversies (like filial responsibility laws) can be too slow to get out. Citizen journalists can put pressure on them to do a better job. But this state of affairs might not last forever.

Picture: in this softball field, at least, it's a long poke to left field for a homer.
Posted by Bill Boushka at 11:15 AM