Reputation defense back in the news: PR firms offer to manipulate online presence 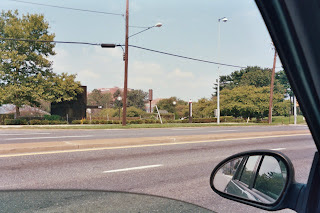 Here we go again. The practical problem of online reputation is back in the news. Today, July 2, 2007, Susan Kinzie and Ellen Nakashima have an important story on page A1 (bottom) ot The Washington Post, “Calling In Pros to Refine Your Google Image: PR Firms Put New Spin on Google Hits.” The link is here:

The story relates the history of a particular Florida consultant who works with troubled teenagers, whose reputation was besmirched in PTA websites, and other related bulletin boards and forums, some of which (from the story) sounded more like 90s style Internet. She won a libel lawsuit, but eventually turned to Reputation Defender, (first discussed in this blog on Nov. 30) to repair her online presence. Other companies are Naymz and International Reputation Management. (The main reference I found for this was an International Reputation Management Summit in September 2007, at the Haymarket Events website, here: Some companies offer a simpler form of reputation promotion, with simply a standard repository and format for professional profiles (such as Ziggs).

Another professor and consultant, when taking on an international client, ran into difficulties with postings that were true but nasty in tone.

“Online reputation management” is becoming part of what we call “public relations” which companies, people, politicians and lobbyists worry about. Online reputation management can involve creating various social networking profiles and other sites calculated to leave a brief by pleasing impression, mediating how "other people think about you". Some authors do this, developing simple sites to sell their books and materials, whereas others offer detailed supplementary materials online, which some reputation consultants believe distract from sales and public image.

The “ethics” of reputation management could become controversial. Search engine companies don’t object to persons or companies publishing positive materials to outrank the negative, but they do object to certain techniques intended to rig search results.

Truth is an absolute defense to libel, but the practical problem is that true information can be spun to look good or look bad. You could say about me that I was a sensitive, musical person as a teenager. That might sound good. You could also characterize me as a physical coward. That might be literally true in a sense, but would evoke a negative emotion from most people. You could characterize a chronically ill person positively, as overcoming his or her illnesses. Or you could emphasize that the person was responsible for his illness with behavioral “choices” or spent too much public money, and make it look like a parasitic source of shame. Legally, most of this falls within what they call “the opinion rule.” But many people are in lines of work where the emotionally-driven and socially-driven perceptions of others about them matter a lot. (Just watch any soap opera.)

In the past, bloggers and web authors have generally not been easily or profitably sued until their material goes into physical print, but according to the article, that is likely to change. The National Writers Union, in the past, has experienced extreme difficulty in getting them media perils insurance, because of the unknown and unquantifiable amount of risk (which has always been very small in practice).

Sometimes reputation management companies contact bloggers and web publishers and ask them to remove true but unfavorable-looking material (including comments on blogs), and often these attempts are rebuffed.

The tendency for employers to check job applicants out on the web with search engines has been widely reported since about the beginning of 2006, and the ethics of the practice and suitability as a human resources practice is controversial. Sometimes perspective employers (like law firms considering law school graduates) are disturbed by finding misleading or unfavorable comments about a job applicant on blogs written by others. (See March 11, March 7 on this blog).
Posted by Bill Boushka at 10:09 AM