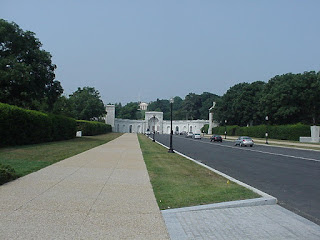 A new buzzword that is all the rage is “networked journalism,” which is a more flexible term than “citizen journalist.” It refers to less formal networks of writers, subject-matter experts and sometimes “professional journalists” working together in blogs, social networks, films, interactive websites, message boards, and other advanced Web operations.

A typical example might be a neighborhood or homeowners association blog. (That's the kind of publisher who believes that all news and all politics are local!) Or perhaps a blog or site for screenwriters and/or independent filmmakers in a metropolitan area. Or perhaps professionals working on a particular technology. Or, a political pressure group. In the 1990s, GLIL (Gays and Lesbians for Individual Liberty) had a printed newsletter, The Quill (I was editor for a while), which in may ways was like networked journalism. Sometimes “journals” exist both online and in print, with free print copies paid for by networked businesses as advertisers. Wkipedia has a canonical example of its own, wikinews, here. Wikipedia’s article on Citizen Journalism is here.

One of the best accounts of the flexibility in a networked journalism operation is Dan Poynter’s "Eleven Layers" (in analogy to OSI), here.

Another is this article by Josh Wolf.

Of course, what is controversial is the level or “professionalism” of citizen journalism. A negative view was expressed in Andrew Keen’s recent book “The Cult of the Amateur.” Amateurs typically do not have the formal education specifically in journalism (University of Missouri style) or the press credentials. Access to sensitive areas (generally limited to those with press passes, as in war zones) is limited, and the applicability of shield laws, inconsistent already (the Judith Miller case) is certainly controversial and uncertain. More troubling is the somewhat existential missperception that “ordinary” bloggers are beyond lawsuits for libel, invasion of privacy, or copyright infringement. In fact, the law applies to amateur bloggers in the same way it does to The New York Times, although the practical likelihood of effective litigation is usually very low. The National Writers Union, at least in the go round in 2001, had difficulty getting media perils insurance for amateur writers, especially those that dealt with sensitive issues like GLBT. (I was told by an insurance broker in July 2001 by an insurance broker that I was denied under their plan specifically because of “the controversial nature of your writing.” Well, if it weren’t controversial, it wouldn’t be worth doing!)

There is also controversy over whether “incidental” linking to libelous content can cause a claim, or whether someone hosting comments or blogs of others is responsible for what they say. The general answer seems to be “no” because of Section 230 of the 1996 telecommunications act (the part that the Supreme Court left in place in 1997 when it struck down the Communications Decency Act). There is cause for caution, as this can be tricky (for example, acting in bad faith, or deliberately giving credence to a false defamatory claim of someone else).

Newsassignmentnet has a discussion of these issues here, "The Legal Dos and Do Nots of Networked Journalism". The July 3, 2003 entry on a blog called "Balkanization" by Jack Balkin, "Can Bloggers be sued for libel" starts out with "of course they can" and criticizes Andrew Sullivan for over reliance on a Ninth Circuit opinion talking about Section 230 (above). (Right below that entry is a good discussion of Lawrence v. Texas.)

The legal publishers Pike & Fischer are having some workshops, including one in Washington DC in September, 2007, in which they will, among other topics, cover “Legal Risk Management in the Web 2.0 World” with particular attention to “Citizen Journalism, Libel & Privacy,” including speculative concerns about downstream liability for ISPs or social networking hosts, and “Online Social Networks & Privacy.” The conferences are pricey (as are their legal publications) and seem to be aimed at attorneys and executives. The website is pf.com. This is an old-school legal publishing company, used to being well paid for the professionalism, dealing with the new realities of a world of user generated content.

The Electronic Frontier Foundation discussion of bloggers rights under Section 230 is here. The Apple v. Does case has a bearing on the "bloggers as journalists" issue, EFF writeup here. The master blogger's rights page on EFF is here.

The "blogging policy" concerns for employers that I have discussed earlier (like here) would be mixed with a more conventional "conflict of interest" if a "citizen journalist" works part-time for a small "network" while having a job with a high public profile.

My own effort, right now, with the "blog set" and big master site, does not exactly follow the pattern of networked journalism. Not just yet.

There is a story on p 86 of the August 2007 Wired by Jeff Howe about the Cincinnati Enquirer that shows the benefits of a major Gannett newspaper "converting" to networked journalism with a lot of "citizen input" on its local issues particularly. The story is "Breaking the News: Faced with fewer ads and a dwindling audience, the country's biggest newspaper chain set out to reinvent the business. First step: Put the readers to work." Readers are eager to share the subtle findings they make with their targeted probing of local or niche-like problems. Then "The mandate was simple. Drag a 19th Century industry into the 21st Century without busting the budget or alienating Wall Street." He quotes Linda Parker from the paper in a memo to professional journalists: "Contrary to the fear ripping through newsrooms, citizens don't want your jobs."
Posted by Bill Boushka at 11:18 AM