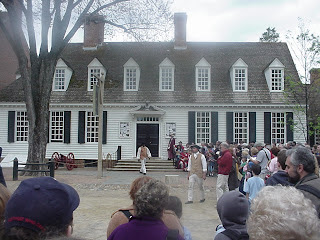 Starting in 1992, I became interested in the issue regarding gays in the military, and my interest increased when Bill Clinton won the 1992 election and tried to lift the ban in 1993, resulting in the notorious policy that we call “don’t ask don’t tell,” I became more active. In 1994, I decided that I would do the books, and become publicly connected to this and related issues. The story is covered in the books, websites and blogs and leads to today’s circumstances. But I decided that “amateur journalism” addressing the synergy of issues would become a second career once I “retired”. That would mean I probably could not commit myself to peddling other people’s wares, so often the main choice for retirees.

A lot of my effort would comprise offering “free content” to draw visitors and draw attention to the way these various issues are linked. People would start to ask, what’s the ulterior motive?

The candor of some of the material disturbs some people. They feel it could draw unfavorable attention to me or to others associated with me. This is the mushy area called “reputation defense.”

But let me make a few things clear. There is no pornography, or other explicit material that is normally, on its face, offensive or objectionable by usual mainstream culture. I do not out people or defame them. I don’t photograph people on dance floors or at parties and post the pictures – not even recognizable celebrities who could interest paparazzi. I certainly do not stalk people or become jealous in the usual “Dr. Phil” scenario. You know the complaints about what goes on with Myspace. I do mention people who have become newsworthy because of some issues (backed up with credible sources) and the search engine results from my domains can stay there for years.

This is more subtle. It’s at a couple of levels. People ask, why do I talk about such upsetting subjects (like gay marriage) in public places? (True, the Japanese don’t do this, as recent stories about their adopting the jury system show up.) How does that reflect on ne? Why is that my business? Again, many people still believe that their understanding of what is going on and what is right and wrong is supposed to come from familial or social connections, that shelter them from being viewed to closely on their own right. This is a tribal and cultural thing that is pretty widespread. It’s not just families on soap operas. Often it’s associated with religion. Or with labor unions. Or lobbyists. The political left and political right are equally “guilty” of this.

There is another reaction. It is more related to my homosexual identity, and relates to a general pattern of interests, not just the writing. Some males act as if the whole point of homosexual expression, in conjunction with libertarianism, is to make them aware of their own potential physical or substantive “inadequacies.” Someone who feels some sort of feminine shame or abasement about his own lack of performance “as a man” would (with a touch of sadistic motives) want others to know or experience “what it is like” – right? I think that this sort of perception is at the root of a lot of male homophobia and generates some of the violence and retribution. These sorts of emotions get transposed into political areas – like the Palestinian problem, where a collective problem has led to imposition on individuals and a sense of unacceptable individual shame. That may be one psychological reason why speech usually goes through channels and most politicians find propaganda – even in the Internet age – effective. It’s obvious that it gets downright dangerous.

It’s easy to construct an answer, and I hope that it is more than a canard. Modern ideas of law and morality center on individual personal responsibility, non harmfulness, and keeping of contracts. Individuals are held to what the do on their own, not what their families or other associations do. But that has been an evolution, much of it tied to the development of technology and of western artistic culture. So, even within the family, people are individuals and they have to be more conscious of their own capabilities and take more ownership of them.

I do think that the development of content and database applications that enable individuals to “connect the dots” does help people do this. That is simply what I think I can do, what ought to be my “job.” Nevertheless, it sounds like a fair question: what do I really get out of it? Why don’t I want the satisfaction of saying I lifted some particular person up in cognition with a personal relationship? That can get back to loyalty.

Let’s face it: to some extent, some of our beliefs about basic moral values depend on postulates. They require “an axiom of choice.” Ancient ideas about public morality, including deference to the family and complementary gender roles as if they were dictated by scripture, “natural law” or God, do have the advantage, through authoritarian structures in these areas, of taking care of people and relieving people of responsibility for many things they think they can do little about by themselves. Furthermore, this kind of “Vatican” view of public morality must marginalize some people whose very lives it maintains must be protected as having intrinsic value – a contradiction, while at the same time relieving other individuals of full recognition of their responsibility for themselves. Modern western culture favors freedom from these and bases moral precepts on “super rationalism” (or objectivism), with additional risks to people less prepared to act on their own responsibly, and runs the risk that it could allow individuals to create new forms of oppression. In Europe (yes, Michael Moore points this out), particularly, there has been the moderately successful effort to assign difficult collective decisions and responsibilities to society as a whole while trying to support personal liberty.

Where am I left? Why don’t I jump on somebody’s bandwagon for my own good? For one thing, I don’t want to support anything (publicly at least) that lets anyone off the hook for his or her own actions, even under the cover of family or faith, or obvious historical pattern of victimization and need. Who am I to say these things? I wish more people would.