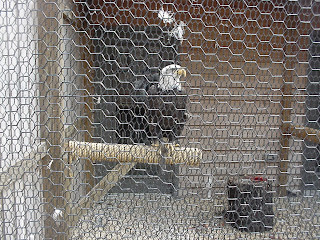 Now, for “Assessment 2” I will get into the things I do not want to do.

I hinted at it in the previous entry, and that is, mainly, hustle and solicit other people to sell other people’s stuff – products or services – when I have no personal ownership of the content creation. In other words, become a huckster or peddler.

I’ve talked about sales culture before, and with many people sales – for its own sake – is a profession to be proud of. My own father was a self-employed manufacturer’s representative for a glass manufacturer – Imperial in Bellaire, Ohio – a rust belt company that would get absorbed and bought numerous times in the past decades, but that at one time could provide stable careers. Sales as a professional career has a lot to do with old fashioned “in person” social networking through family and structured business connections. In many areas, yes, it does help to have a wife and children and fit the 50s model. There are other models – like pyramid model with partial volume retainers and commissions – common in cosmetics and household products. Sometimes people get in on this in the beginning and make fortunes (sometimes they are spouses or stay-at-home moms) and I don’t doubt that for a moment. But it involves manipulating people for the sake of manipulation, and it just is not for me.

Since my 2001 space odyssey “retirement” I’ve looked at a few franchise or distribution options. One of them was phone cards, but that seems less attractive in an era of cell phones. Another was the cash flow industry, which could be lucrative for people who get in at the right time. As far back as 1992, I had gone to a franchise expo at Crystal City here in Arlington, and experimented with the idea of selling low-calorie cookies. The idea was find something simple and repetitive. Perhaps this is boring, but imagination is limitless. Who knows, maybe there are franchises for laser depilatories. Some of these operations advertise with paid TV time on Sundays and given entry seminars in hotel ballrooms, and then want you to cough up $3000 for a “training weekend” – and they’ll give you 40% off if you sign up on the spot. So my problem with a lot of these is not so much ideological or personal as practical and financial – do they even work? The Internet has obviously increased the opportunity for less than up front business pyramids.

I talked about more reputable sales careers (particularly life insurance and financial planning) on my retirement blog (July 10). But what I find with these is that they sound like they become ways of life. You need the social connections to get leads, and you need to be perceived, in most communities (there are some exceptions) as a family role model.

That’s a problem for me, of course. But what has happened in the past few years is particularly disturbing. Employers act like they want so see someone like me become their politically correct public “role model” before I speak for myself. At one debt collection company in 2003 a personnel manager asks me if I have ever ordered anyone to do something. I didn’t get that job, but I quickly found one at a rival company. As a substitute teacher, I (then at 61) find myself in a situation where I am asked to borrow some swimming trunks and parade in the deep end of a natatorium. That didn’t happen, but later I would be criticized for being lax in classroom discipline with unfamiliar hardship students in short term assignments. More recently, early this year, I am approached out of the blue by a surplus-goods company (this sounds related to cash flow) to supervise youths in shopping malls (or door to door) selling coupons for surplus restaurant meals, partly for charity. Sounds good, but I’m hardly their “role model” which is what this sounded like. I really wonder why I was called.

There is something fishy about all of this. It seems as if some people perceive a p.c. opportunity. If an elder single like me can be a “role model” in selling someone else’s message, then anyone can be. How reassuring.

A couple more sidebars to this follow. I have thought about the "career switcher" to teaching, and I've subbed. With my "social background," there is a concern about risking the tuition to be licensed. The fear of "discrimination" has subtle effects even when the actuality doesn't happen, and the political correctness required is upseting. Public school teachers live in a sheltered world and are not as free to speak up as I need to be to maintain integrity. I can see "paying my dues" as a math teacher (and I would be good at it) if I had only upper grades and honors / AP. But it's the lower grades that need the help, and the "male role modeling" goes with it.

Still, certain circumstances can pressure me into giving into Faust, or at least holding my nose, and giving up fantasies of the Eternal Feminine. I would hate to be forced to promote someone else's goals for money. (The highlight of the subjective feminine personality is following goals chosen by the personality.)

Businesses seem to be saying, Bill, we know you're "different" at the most intimate levels, but we'll look the other way if you'll go out and pretend to become a "man" to manipulate others to buy our wares anyway.

Of course, none of this denies that you have to "sell" to get your own content out. (Literay agent Scott Meredith wrote a book in the late 1980s called "Writing to Sell".) All artists know that. There's no controversy there.

Picture: H. Ross Perot, who ran for president is an Independent in 1992 (he might have won if he hadn't thrown a temper tantrum) and founded EDS (Electronic Data Systems) in Dallas (first at Exchange Park, ironically in the Oak Lawn area) some time around 1962, said "Eagles don't flock. You have to find them one at a time." But eagles can sell, too.
Posted by Bill Boushka at 3:20 PM