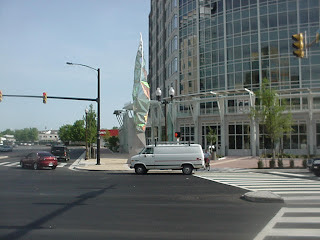 The virtual world of the Internet and now virtual reality sites, where reality can be pretended and simulated, is leading to further legal conundrums. Today Alan Sipress has a story in The Washington Post “Does Virtual Reality Really Need a Sheriff?: Reach of Law Enforcement Is Tested When Online Fantasy Games Turn Sordid” at this link. There have been legal controversies of simulated cp, the laws against which may be unconstitutional in the U,S. but which may be illegal in other countries. There are controversies associated with Linden Lab ‘s “Second Life” because real people can be represented in virtual fictitious settings that others would perceive as defamatory.

But now there is a major case where an anonymous blog with unnamed characters has still led to litigation, however speculative, over invasion of privacy. It is well known that defamation or invasion of privacy suits have occurred over novels that represented real people who could be identified. In theory the same would be true of the Internet and blogs, and this is starting to happen, apparently. Recently media outlets have discussed the litigation against Jessica Cutler, who was sued by a lawyer who worked for the same Senator Mike DeWine (R-Ohio) as she, after she described sexual adventures in detail in her blog with someone who as identifiably him. The wiki story is here. Her misadventures were made into a “novel” called “The Washingtonienne” to be published by Hyperion (Disney, the same company that published Chandler Burr’s “A Separate Creation” about homosexuality and biology.) There was a story in The Washington Post by Andrew McClurg Aug. 15, 2005, “online lessons on unprotected sex”, that demonstrate the difficulty of such litigation if the claims are true (not libelous). The legal doctrine of invasion of privacy, and disclosure of non-newsworthy but embarrassing (and true) facts about someone that the public would find highly offensive. McClurg humorously writes, “ask potential partners if they own a computer.”

Jessica Cutler had even used a pseudonym herself (Washingtonienne) but her claims were amplified by the gossip site Wonkette.

Update: June 4, 2007: Lawsuit by teacher for movie that allegedly defames him

Indiana math teacher Daniel Clevenger has sued four secondary school students who made a film called "The Teddy Bear Master" that he claims names and defames him. When the story of the film is told, it is ambiguous as to what it really means and whether it really is defamation. The AP story by Rick Callahan is "Ind. teacher claims film defamed him," and appears in the Evansville Courier Press May 31, here. The visitor is welcome to judge the AP story for herself as to whether this is really defamation. The film ran short of 80 min and it is not clear how it was exhibited or distributed from the story. The students were able to challenge their expulsion on First Amendment grounds. There have been a few cases before where teachers and administrators have been defamed by students making up fake Myspace or social networking site pages impersonating them; one of these was discussed on the Dr. Phil show last December. But this may be the first defamation lawsuit by a teacher against high school age students and their parents, in the conventional idea of media defamation. (It is not completely clear from the story if the school is private or public, but the website for the C. A. Beard Schools makes it appear to be public.)
Posted by Bill Boushka at 2:05 PM