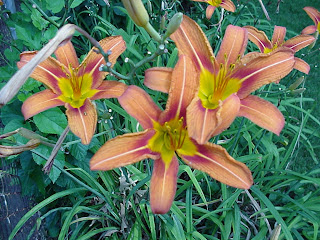 Earlier on these blogs I’ve discussed the concerns that campaign finance reform could hamper free speech by bloggers, as was pointed out by a notorious Washington Times editorial on October 12, 2005, as well as dire warnings earlier on the Internet about a “crackdown” on political blogging. In early 2006, there was a lot of discussion of a proposed Online Freedom of Speech Act, and in May 2006 the Federal Election Commission offered guidelines that appeared all right for most political blogging.

Yesterday, Monday June 25, 2007, The Supreme Court rules on the case Federal Election Commission v. Wisconsin Right to Life. The Court had, in 2003, accepted the constitutionality of campaign finance reform in principle, and said that as a general rule candidates could be regulated in the way they sought soft money support (conceivably that would affect bloggers). The Court had also said that specific interpretations of McCain-Feingold could be challenged, however.

Wisconsin Right to Life had wanted to run radio ads before a 2004 Wisconsin primary, asking voters to contact Russ Feingold and Herb Kohl to not filibuster President Bush’s judicial nominees. The ads were canceled because McCain-Feingold prohibits spending money on ads that mention candidates within 30 days of a primary or 60 days of a general election. It has been said that the ads could have been funded from separate political action committees.

In its opinion yesterday, the Supreme Court said (5-4) that interest groups (corporations, unions, NGO’s, advocacy groups, 401C3’s, and presumably even individual bloggers) have a right to fund and run issue advocacy ads that mention candidates names, even right before an election or primary. The only restriction would be a “vote for me” sentence. Chief Justice John G. Roberts wrote, “Discussion of issues cannot be suppressed simply because the issues may also be pertinent to an election. Where the First Amendment is implicated, the tie goes to the speaker, not the censor.”

Dissenting views expressed concern that the spirit of campaign finance reform was broken, and that special interests would be rigging elections by fooling voters with spending campaigns.

So this decision has a mixed meaning. It does, on the surface, support individual online speech, and seems to stop initiatives that could have eventually undermined blogging (among many other concerns that have been discussed here). But it also gives big unions and corporations a free hand to spend large sums to manipulate voters by appealing to their emotions and sometimes intellectual immaturity.

It’s right to be concerned about how this conundrum plays out in affecting how democracy works. Free speech is one of our core concepts, and we don’t like to see it bought. On the other hand, when it comes spontaneously from individuals, it needs to be made in good faith and not create conflicts of interest. We like to see the public better able to get beyond the “me first” comfort level in how they understand issues. The technological marketplace – computers, the Internet, P2P, digital media, search engines, user defined content – have started on us. But for really effective democracy we need to take it a level deeper.

Link to the Opinion (on Supreme Court website, PDF): here.

Earlier blog entry on editorials about the FEC and campaign finance: here.