Redux: Blogging and copyright fair use 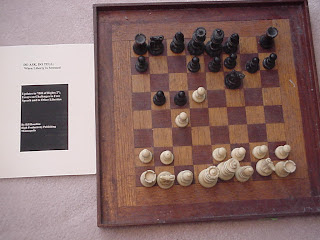 This week, AOL may have created some uncertainty in copyright circles, among bloggers at least, when it rolled out its Beta version of “AOL News” which features ticker-like headlines of sensational goings-on, and then features links to stories in conventional fashion (like Yahoo! and CNN). AOl often gets many of its stories from news services, especially the Associated Press and Reuters. I noticed that the copyright protection disclaimers have gotten more specific:

"Copyright 2007 Reuters Limited. All rights reserved. Republication or redistribution of Reuters content, including by framing or similar means, is expressly prohibited without the prior written consent of Reuters. Reuters shall not be liable for any errors or delays in the content, or for any actions taken in reliance thereon. All active hyperlinks have been inserted by AOL."

The Reuters clause does mention in-line framing, which has long been considered a legally objectionable and infringing practice by many corporate content providers. Framing is a practice where the users causes the content to appear in another web page as if it were an integral part of the page, without a link becoming apparent to the visitor; the content is brought up invisibly. (Even for novice publishers, framing by others can cause serious bandwidth issues.) Over time, as many of us know by now, conventional linking, whereby the visitor must click and intend to see the new content (whether or not it opens a new cascaded browser window) has become accepted, since some court opinions around 2000. Conventional linking is very much like a bibliographic reference in a term paper in college. It’s important to remember that many newspapers and news organizations archive their stories and begin charging after a few weeks. Sometimes newspapers will defeat deep links with A-records that force the visitor back to the newspaper’s home page (The Washington Times has started to do this, and I find it hard to locate a lot of stories in its own search engine). Most newspaper and television sites, when they republish AP stories, must remove the original stories in about two weeks.

The Associated Press clause seems to imply that “information” or facts in the story may not be reproduced in another story. Many other sources (like television station websites) use AP, and in the past the clause has been:

"The Associated Press. All rights reserved. This material may not be published, broadcast, rewritten or redistributed."

The new clause from AP for AOL use seems to be more explicit. However, if one checks much of the literature on copyright law, it repeatedly says that fact themselves are not copyrightable, nor are “ideas.” This needs to be distinguished from a “trade secret” which is a protected business confidence that has not been yet released “in the wild” to the public. There have been reported some litigation when material is too closely paraphrased, which is probably what “rewritten” means.

Of course, we need to think about common sense here. Most interest groups spread news with relevant “facts” of concern to their constituents based on these breaking news stories, often on email listservers, and for non-commercial purposes. Often the original stories are send as is on listservers. I have always thought of this as “fair use” if done non-commercially and there is a legitimate political or social consequence of the information.

Some “facts” obviously have immediate political importance. A good example would be the surprising statistic, released yesterday on CNN, that nearly 80% of Americans polled favor ending “don’t ask don’t tell” regarding gays in the military. It’s not hard to imagine how circulation of that “fact” could affect Representatives and Senators (whatever the constitutionality of the current law). On the other hand, what Paris Hilton (hardly a role model for young people!) told reporters as she got out of jail probably isn’t too relevant, and if AP wants to protect that as a “fact” it seems OK.

The EFF guidelines recommend that bloggers give “transformative” value to information that they present and state its importance, beyond what might have been said in an original reporter’s scoop. That certainly is a big boost to a fair use claim. Another help is to try to name more than one source if possible (most important news stories make all the major networks), as they taught in high school English when we did those dreaded term papers (and, as noted yesterday, multiple independent sources help establish the “notability” of an otherwise obscure item). These are the practices that I try to follow.

There is a good reason why copyright law does not regard "facts" or "ideas" as copyrightable. If they were, then access to information and dissemination of it would belong to those in positions of financial and political power, or in control of families (and be tied to certain views of the family). Of course, some people seem to want things to be that way (start with the Vatican). "New" facts might, in the view of some, have some intrinsic value that should be protected. I remember the mid 1950s Parker Brother's board game "Star Reporter". It ought to be resurrected.

My earlier blogger entry on paraphrasing was (Oct 2006) here.

My earlier posting on "Turnitin.com" and its use in schools and colleges, was here.

Electronic Frontier Foundation link on bloggers and fair use. This reference is detailed and should be studied carefully.
Posted by Bill Boushka at 8:58 AM