Mystery novelist has to ward off Internet attacker 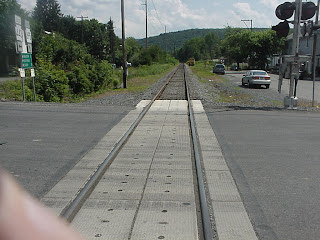 On Thursday June 7, Anderson Cooper, on his 360 program on CNN, conducted a brief interview with mystery novelist Patricia Cornwell, who had left Richmond, VA in 2001 after repeated “cyberstalking” by another man who made all kinds of accusations against her. She fears that his accusations could entice other unstable people to act against her, as she said in the interview. She has sued the man for libel, gotten various desist letters and court orders to have the defamatory material moved. Apparently the man went to Europe and it is difficult to enforce the orders.

There are several major accounts on the Internet. The Boston Globe has a factual story by David Mehegan on June 7, link here.
The Writers’ Blog has a story about the libel suit from May 23, here.

This story reminds one of a number of earlier media reports about “reputation defense” which I have discussed on this blog (such as on Nov. 30 – look at the archive). Various companies have been set up that offer to monitor reputation for a fee and try to have damaging material removed, although it is not yet clear how effective these voluntary efforts are. One major area where there are many problems has been social networking sites, and this sometimes has included false profiles put up by a third party in someone’s name.
Posted by Bill Boushka at 6:40 PM