Call it "The Project": enriching knowledge databases and searches, beyond the wikis 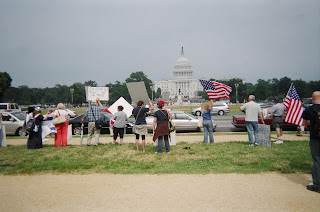 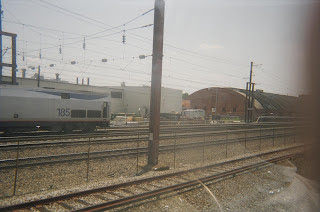 I had discussed some of these thoughts here on May 23 (“more progress on ad delivery), and today I wanted to reiterate what my own perception of the next generation of Web 3.0 or what-have-you content delivery ought to be.

Take a step back, here, and imagine that we could give people better ways of watching their own personal and familial interests than just marching in demonstrations or shouting slogans from the Capitol West Lawn, or signing Internet petitions or emailing form letters (written by someone else, “writers”) to their elected representatives. Let people learn to think and speak for themselves. Of course, this is double edged, and many people are in publicly visible job situations where they cannot easily speak for themselves. But, in time, the Organization Man (or Woman) will surely wane.

Call it “The Project” if you will. (More maybe “The Shop” from a Stephen King horror novel thirty years back.)

(2) Support the claim of connections with lists of incidents, and provide the tools to evaluate the reliability of the sources
(3) Provide the bibliographic sources
(4) Provide hooks that other search tools (Amazon, imbd, Google trends, etc) could use

Another feature would be the reviews (movies, TV, books, drama, performance events, etc) and provide the links between the reviews and the issues, as noted in the blog posting Monday June 18.

The issues themselves would be grouped in blocks according to the chronological period in which they surfaced. The Cold War and the draft were evolving in the 60s, oil shocks in the 70s, pandemics (like HIV) in the 80s, the military ban and modern views of GLBT issues in the 90s, workplace fairness issues evolving quickly in the early 1990s (as with the FMLA); Internet speech issues in the late 90s and after 2000, terrorism and Patriot Act issues after 2001, eldercare and new views of the family after 2000.

Structurally, a database like this might be more like a networked hierarchy (somewhat like IDMS on IBM mainframe computers), with quite a bit of relational processing too. The "Set" entity in a networked hierarchy confers the ability to correlate concepts in different hierarchies or chapters. This goes beyond the encyclopedias and wikis and attempts to maintain these relationships dynamically, and notify the visitor when things change.

I perceive the Project as giving students (college and AP high school) could use to develop a deeper understanding of the interrelationships between social and political issues.

Picture: "Ivy Town" in NE Washington DC, where there has been a fight over red light district zoning after eminent domain, for private development, closed many "adult" businesses; taken from the Red Line.

Also, picture of a typical West Lawn rally (this one anti-Israel).
Posted by Bill Boushka at 6:28 AM