Who Am I to Say These Things? 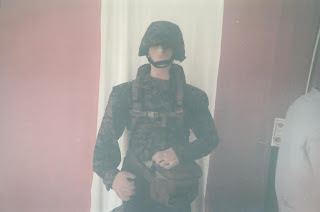 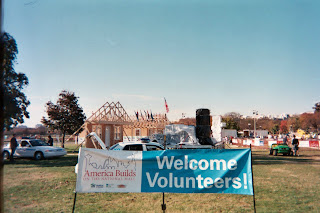 Once in a while, I do receive negative comments from readers, essentially about the apparently unsympathetic tone of some of my material.

I actually collected a couple of these comments here. One comment thought I was “gay bashing” and blaming the poor for their own plight, and willing to surrender the freedom of others (by seeming to support the war in Iraq, however obliquely) for my own safety. A couple of comments thought that a couple of my movie reviews made socially inappropriate analogies among characters or were unsympathetic to people with AIDS. Another was offended by the political interpretation I gave to the plight of the fishermen in Sebastian Junger's A Perfect Storm (book and movie). Another (apparently from Australia) was offended by the idea that (in his interpretation) I implied that some people were not “smart enough” to understand what is going on. (That comment was in response to a 2005 piece "The Privilege of Being Listened To".) There is no nice way to say this. (I can recall a horrible workplace incident over ten years ago where a particular associate overheard, in soap opera fashion, coworkers calling him a “loser” apparently behind his back). And over a year ago a school district was unnerved when I (while working as a substitute teacher) portrayed myself in a fictitious or “role playing thought experiment” setting in which I looked vulnerable to certain kinds of wrongdoing.

Context is everything on the Internet, and when people find materials through search engines, they often quickly assess (often mistakenly) the writer’s motives, and compare what they find to their own experience, especially in the area of the importance that they give to their own social and personal relationships.

There is some content on these blogs and sites that could explain some of these observations. I’ve often suggested that the military “don’t ask don’t tell” policy would create complications if a draft were ever reinstated, but of course that implies accepting the idea that resuming the draft or having some kind of nearly mandatory national service could be a credible idea. That must seem like an about-face from libertarian origins. As much as I have “exploited” the “free entry” of the Internet, blogs, social networking sites and search engines, I have written that this capacity for instant personal “astral projection” should not be taken for granted, and that it can create security and legal issues that are only now starting to become apparent in the general media.

I’ve also noted that, until the Internet came along, people accepted a certain paradigm in the way they make their needs known in a democracy. They join organizations and let these entities represent their specific needs to the government and elected officials. They engage in collective boycotts, petitions, or even strikes, and make political contributions that support professional lobbyists. They accept, as a basic virtue, loyalty to blood family, community, party, and union. The Internet has opened up the idea that people can become activists on their own, with unknown political, personal and perhaps legal conflicts. The Internet, along with the “wiki” phenomenon, pressures people to become more objective in how they perceive their needs and how those needs should be met in comparison with others.

The “smart enough” problem has to do with the way people naturally resist being prodded into thinking in new ways. In schools, students from some kinds of backgrounds have trouble with abstract thinking (as when they take algebra) and from getting away from activity that advances their immediate social self-interest in the physical world. In the real workplace world, that is often true. I wrote about that here. Yet, in understanding fully how solving some set of problems (say global warming, oil dependency, pandemics) can affect oneself personally, one must learn to think this way.

The essential nature of family life, however, has to do with psychological complementarity: the idea that some people with specialized skills, which can be intellectual or physical skills, support others who do not have the same level of these same skills or capacities. The expectation that complementarity (or
“roles”) is necessary has lessened in a modern technological society, which seems to give individuals much more independence, although this can become a dangerous illusion if there is a real externally caused crisis. On the other hand, it’s easy to see how moral values based on faith and family have often degenerated into adversarial tribalism and sectarian conflict when there is not enough respect for individual freedom. Look at our own history with slavery and segregation. Rationalism and objectivism become controversial in their own right.

No, to answer one reader, education is not supposed to oppress other people. There is a historical context where it sometimes looks that way -- ranging from student draft deferments during the Vietnam War to the "cultural revolution" in Maoist China in the 1960s (I recall, when dabbling with the Peoples Party of New Jersey in 1972 that it wanted to limit individual income to $50000 a year, not enough today to rent an apartment in some cities), to the apparent anti-intellectualism of some more fundamentalist religious faiths. However, informational "self-sufficiency," an idea encouraged by the modern world (and very important in my own writings) will, while accepting personal candor, tend to undermine the reliance on older ideas of solidarity and group conformity to get needs met.

I am left with simply the question of karma. I know that I have issues with responsiveness and deference to people in situations where they believe that they are entitled to it. I am aloof and yet vulnerable, too, and some would see that I could benefit from accepting the goals of others (especially in family or in groups) as if they were my own. This was a particularly apparent issue with some substitute teaching assignments, where, because I have never married and fathered children myself, I was not credible as a “male role model” who would “protect” others from exogenous problems. There is no simple answer to these questions, although it is clear that the way these subtle responsibilities are shared is an issue that has escaped the radar in today’s public debate. We used to call it “public morality.”

Important related posts: Blankenhorn on the institution of marriage, here.

Note: There is an important update today to a story on military blogging, here.
Posted by Bill Boushka at 8:40 AM