Non allegro. Are moral values about harm, or duty? 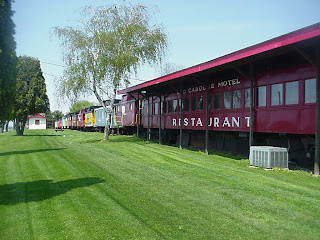 Do no harm. That sounds like the most pristine formulation of libertarian notions of personal morality. Perform no aggression on anyone. Live up to contracts or promises entered into voluntarily. The general name we give this idea is “individual sovereignty” or “personal autonomy.”

Actually, in many ways our legal culture has moved toward this paradigm. We defend our individual freedoms, but mercilessly pounce on people when they cross sometimes invisible legal lines.

Maybe half of the adult population in the United States goes along with this. Objections come about from various sectors, ranging from religious concerns to abandonment of the poor. Generally lower income people and many religious people have a sense of morality that is more collective and corresponds to what we call “public morality.” It doesn’t get articulated in a “logical” or “rational” matter very often, but a half century ago it was understood as part of an unwritten code of morality transmitted to children through families.

What is this code? It seems to go something like this. Accept the world as a hostile place with unpredictable hazards (from both nature and other people) and place primary loyalty to knowing God (according to some religious practice) and to your own family and community. Don’t expect to make your own choices in life or succeed in a public manner until you meet the needs of others in your community and until, as an adult, you marry (heterosexually) and have a family of your own, carrying on your own genes and family forward in lineage. Don’t express yourself in public outside of the approval of your family and community, and don’t expect to have access to sexuality outside of legally and community approved marriage. Most important: if you are among the less powerful, less attractive or less fortunate financially – let’s say, among the less competitive -- you will be taken care of by your own family, church and community. But always think locally.

This does sound like social authoritarianism, and it is. At the center is an unstated assumption that procreation is a moral duty to life. Obviously, it gratifies the interest of the prevailing power structure of the community. What is shocking is how well these kinds of systems work, at least in some well known cases. Authoritarianism usually grows out of a religious ideology (there are many examples) or out of nationalism (such as with fascism) or an intellectual ideology that becomes preoccupied with rationalizing otherwise unequal distribution of wealth (communism). Authoritarian systems often do take care of weaker or less competitive members of their own societies, stressing religious devotion or ongoing connectedness among family members. Such measures go beyond “necessities” support to providing a collective meaning for people who would have a hard time functioning as individuals on their own in a more open society. Marriage is connected to institutional collective meaning in a way that appears to protect the more marginal individual and encourage him or her to participate so as not to undermine the whole system for others. Of course, however, authoritarian societies have, in the past, supported tribal conflicts and wars with the “not us,” developed racist policies, or sometimes turned on certain of their own members (as would happen in polygamist cultures).

PBS, in early May, presented a Frontline of “The Mormons” (review on blogger) and showed how well a closed subculture (once assimilated into American law) like this can work, with a particular focus on how quickly LDS could respond to Hurricane Katrina with its own welfare program.

Religious subcultures often have the practical effect of restricting the freedom of those who do not want to participate. Of course, this gets back to the church and state debate. If one’s faith is valid, then it must become omnipresent and valid for everyone. Families who belong to such subsystems often pressure other members who do not want to belong. The more “vulnerable” people who are well cared for by such system wind up in the center of the debate.

When people want to live more independently and expressively, what is their moral obligation to their parents and to the cultures that produced them? In a modern technological culture (which can, however, be undermined by external events), many people can live very well without having children or even marrying despite the social pressures, and find other expressive outlets. These are seen as a threat to the integrity of the lives of others.

What seems clear is that “not having children” does not mean that one will not have to provide for others, are share deferential family responsibility even as an adult. Is that the moral point? There are several examples that can show this point. We have an increasing population of elderly living longer and fewer children and fewer working people to provide for them. Political pressure to strengthen filial responsibility laws or enforce existing ones can certainly grow in the future. Sometimes (as demonstrated in a couple of recent films and television series), unmarried adults do get invited to care for the children of siblings or relatives after family tragedies. Furthermore, the job market in the past ten years or so has migrated in the direction of people skills, where skills in working with children, the disabled, dealing with personal care issues, and the like (forced intimacy) are relevant – the shortages of teachers and nurses providing obvious examples. Adults, especially men, may find themselves called upon to prove themselves "role models" and the best way to get at this may be to have been married with children, even if divorce and a "freer" single life followed. In the long run, the basic rights of adults to lead and design their own lives can come into question.

Single and childless people sometimes are not respected (as well as LGBT people) and others may presume that their "freedom" potentially disrupts or cheats those with kids, and that such "unattached" people's lives do not need respect and are available for sacrifices. The pundit will ask, if you want me to respect you, why did not not like yourself enough to want to have children yourself? The notion of "second class citizen" instantiates itself. The existentialism can get brutal.

Back in the early 70s (when I was starting my "working" life and exploring political activism on my own), the "Left" was quite vocal about a slighlty different spin on this idea, that social burdens were not shared equitably. We hear these concerns in debates about resuming the draft (in my Vietnam era, student deferments has provided a big moral dilemma) or national service (and all of that provides a moral edge to "don't ask don't tell"), as well as about sharing the problems that may be coming with energy and global warming -- like watching personal carbon footprints.

As for family values, a few years ago the mainstream was accepting the idea that marriage and family and children come out of a private, personal choice that one takes personal responsibility for, without making demands on others. Since 9-11 or so, this seems to have changed, and family values are again coming to be seen as part of the responsibility of everyone. Closed sub-societies, for all their shortcomings in intellectual freedom and emphasis on hierarchy (and on implementing "public morality", almost an oxymoron), make this much easier to deal with, and it is much harder for some people to meet their obligations to others (and give others meaning) in an open society -- without feeling tugged on.

What is needed is a forum to articulate all of this in an open public debate.