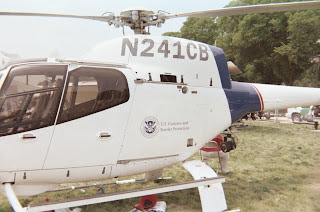 A story by Brad Stone and Jeff Leeds in the Business Day section, p. C1, of The New York Times on May 17, 2007, “Amazon to Sell Music Without Copy Protection: Duplicated Songs Can Be Put on Any Device, Including iPods”, indicates that a good part of the music industry is conceding a need to move away from DRM (Digital Rights Management) copy protection technology, a move predicted and promoted in the past by libertarian columnists (noted already in this blog) who feel that copyright is just over used, even in the context of full respect for property rights.

Amazon’s service will apply to one major label. EMI (which incorporates the classical music label Angel records), and about 12000 independent labels. It is expected that other major music companies will feel pressured to join later. Apple already had a similar arrangement for the iPod and Apple chairman Steven P. Jobs has once suggested companies stop using DRM. Users will have the same ability to copy (for their own private use) that they often have with purchased CDs.

There are additional questions whether free music services supported by advertising could be profitable.

Both the music and motion picture industries have to deal with rapid technology that quickly poses unprecedented challenges to any business model, while embracing technology that allows new artists to enter much more cheaply.

The Supreme Court, in MGM v. Grokster, had ruled in 2005 that companies that offer illegal copying and predicate their business models on illegal copying can incur downstream liability. Students have often been pursued individually, often by sudden phone calls demanding settlements, for illegal downloads. It was noted that pirated copies of the third “Spider Man” movie were available from China before theatrical release.

Some libertarian columnists have also feared that aggressive copyright enforcement (with downstream liability) could be aimed at keeping out competition from new artists, but new artists could also find that fear of copyright infringement could prevent them from finding investor money.

In another story by Miguel Helft, “Google’s One-Stop Search To Yield Text and Images,” p. C3, it is reported that the search engine (as will probably others) will soon return text and video clips and images back in single searches. (Already text in various formats, like html, pdf, and asp can come back in one search.) As I have noted in previous posts in this blog, the next logical step would be able to combine incidents and supporting bibliographic documentation related to a political problem in a search, in a formatted hierarchal fashion, simulating what professional users expect with commercial databanks and libraries. .

The Netflix movie viewer updates a DRM flag with Microsoft. I'm not sure of the legal significance of this yet, other than to prove that the customer has been given the right to view the movie. More on this later on my movies blog.

"One Laptop Per Child" initiative, here.

McAfee SiteAdvisor discussion, here.
Posted by Bill Boushka at 9:51 AM

I think that the real marketplace issue is not DRM but price. People use P2P because the songs are free, not because they are DRM free. The labels need to make the music free through advertising support. Check out the Ad-Supported Music Central blog: http://ad-supported-music.blogspot.com/