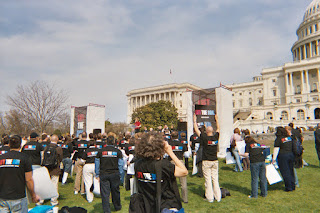 William Saletan wrote an interesting essay, “Morality: All In Your Mind”, published in the Outlook Section, B2, of The Washington Post on April 1, 2007. He starts his discussion with mention of the VMPC – the ventromedial prefrontal cortex in the brain, and with research showing that damage to this area affects what we normally perceive as moral constraint. He mentions a couple of scenarios where a human life could be sacrificed to save others, and that persons with injury in this area might have less resistance to doing what is “utilitarian”.

I remember in 12th grade government class being taught the origins of utilitarianism with Jeremy Bentham (following Greek philosopher Epicurus), and it would be developed by John Mill, son John Stuart Mill, from hedonistic to aesthetic and intellectual satisfaction, and eventually into a related virtue called consequentialism. This is all discussed in the wiki article here: and some readers found this an important concept in my first book, as in this review: Over the years, a concept that would have once been something I had to know for a test became personally important to me.

Saletan offers this super-condensed one-sentence summary: “As our ancestors adapted from small, kin-based groups to elaborate nation-states, the brain evolved from reflexive emotions toward abstract reasoning power that gave birth to utilitarianism.”

One of the key concepts in both mental health and morality seems to be empathy for other people. This varies a lot within our own culture. But extreme lack of empathy seems associated with psychopathology. And some people will develop and affinity for ideology but a dislike of connecting to people, sometimes with disastrous results (was with Eric Rudolf, subject of Maryanne Vollers ‘s book Lone Wolf). Empathy for other people’s emotions may indeed be influenced by brain growth and wiring.

Utilitarianism certainly feeds into the discussion of the culture wars, even gay issues. Saletan missions acceptance of homosexuality as a utilitarian change in society, which he welcomes. It could be a bit more complicated. The complementarity of heterosexual marriage would have been “utilitarian” in earlier societies, where women bore the inordinate risk of death in childbirth, so men fought the battles, and the division of labor between the sexes was appropriate and could become attached to sexual attraction – and marriage would take hold as a compelling socializing institution. Perhaps the gender roles of the pioneers on the frontier were not as sharply divided as we think. But modern technological society has certainly offered more personal choice to persons of each gender. For some people, a single life without kids, or separation of sexuality from procreation seems utilitarian today. We have come to debate morality in terms of individual responsibility going with individual freedom, demanding some consistency in a concept that we call personal integrity. But that concept is still a property of the individual, not the family. An important corollary of modern utilitarian moral integrity is the way it affects emotional empathy for others. In a world of individual expressive freedom, persons feel free to withhold emotion from others except on terms of their own choosing – intimacy between consenting adults. This right is bidirectional.

All of this becomes a rub in debating socially progressive proposals like gay marriage. Statistically (and from a utilitarian perspective), why would this affect the marriages of heterosexuals? It seems like one argument is, well, because it would hurt their feelings. It would make their socializing sexuality seem disposable, make them less interested in parenting, and therefore hurt (statistically) many people – most of all kids with their “birthright” of two parents – and other people dependent on solid family structure for support. In the end, this “argument” (advanced by Gallagher, Morse, and Blanhenhorn), calling for institutionalism winds up having a utilitarian aspect (raising kids well). But the heart of their concern is leaving impenetrable the emotional appeal of marriage and ownership of sexuality.

In the past I, like other “rationalists” have fought this by “going to the root” and trying to turn the debates into analytics – cause and effect, and practical consequences. Modern individualism, as a form of utilitarianism, has been effective in addressing older institutionalized prejudices – especially racism – that could corrupt the moral foundations of family life. But there is a new problem – people get left out on the cold, judged strictly on their own efforts, when they honestly feel entitled to count on the emotional moral support of kin, family and community. I have argued that to get around this problem that we need a new debate how we as individuals share burdens and commitments – but people like Gallagher are going to say that this is all too “utilitarian”. It’s easy for calls for “personal responsibility” to get out of hand and sound just plain cruel, or lead to new kinds of threats and oppression. But I think one can live outside of this rubric of unwanted pampering emotions, if one accepts certain rules.

Saletan writes, “But utility unchecked can become a monster.” Indeed. That is what social conservatives like Maggie Gallagher are properly concerned about. Kids grow up with video games and computers and may or may not be interested in face-to-face people skills learned at the television-free family dinner table. (Remember in the 50s teachers said, “Read, don’t just watch television!”) The Internet and search engines (and especially Myspace.com) invite anyone to make himself or herself a global celebrity – and the employers discover that they can use Google as a test of social conformity.

As for the lifeboat situation that Saletan mentions early in his essay, I recall a short story that I wrote in tenth grade English. It concerned a lifeguard who had to debate with himself whether to save a drowning person when a nuclear attack was starting. This was a story from the Cold War, Sputnik, Strangelove, “duck and cover” paranoia. The last words were “ … and the bomb.” The teacher didn’t particularly like the story but gave me a B on it.
Posted by Bill Boushka at 5:55 PM