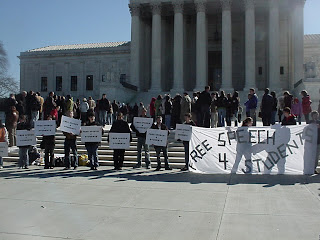 Substitute Teaching got a lift from a New York Times article by Paul Vitello, “Why Listen to the Substitute? At 81, He Tells History First Hand.” The story is about Arbold Blume, 81, who teaches several days a week in Long Island public schools. The link is here. (This link may require login or NYT membership or online subscription to see content.)

Mr. Blume is a retired English teacher, and according to a group in Utah, about 10% of subs on any given day are retired teachers. As noted in an earlier article (Dec. 13, blogger link here), in many states subs do not have to be licensed. (NEA link on this here.) In New York, it appears that the situation varies considerably from one school to the next, based on need. On any given school day, there are about 274000 subs across the country. There have even been contestants on Jeopardy identified as “a substitute teacher.”

Mr. Blume can relate real history to students from personal observation, as noted in the article. Particularly interesting would be his personal contact with segregation, with rationing during WWII, the Cold War, the 50s, all kinds of history.

I try to do that myself in various assignments, and it does work in upper level courses. Some students do appreciate a heads up on what the “real workplace” is likely to resemble, and indeed I often tell them that a 90-minute classwork assignment in the lesson plan, often allowing group work, is a preview of the real workplace some day, where deadlines and quality standards are real. (There is a great passage in the recent film The Lookout where actor Joseph Gordon-Levitt, portraying a young man disabled in an accident, describes the work of a bank teller, as someone who can balance the register every day for years without ever making a mistake.)

Some students, especially those struggling in school, will “take of advantage” of a substitute who does not know them by skipping. Sometimes school administrators see this as a reflection on the substitute’s classroom management or role model image. This is a serious ethical flaw, to take advantage of a situation in a superficial manner when one knows one is not being watches as closely. This says that getting things done depends not on a person’s doing what is right, but on who is in charge in some sort of social or political hierarchy. Such behavior undermines freedom itself. Related are the problems of cheating and plagiarism. When I was in school, these issues had an even more urgent ethical spin, because there was a draft, and one’s performance in school could affect the likelihood of one’s being drafted or of being sent into combat if one was. In the world of today, if one looks around, one does see teenagers and young adults who have become successful in some spectacular way (including the media). Such people did not get there by “taking advantage” of others to skip when not being watched as closely. (Ask Donald Trump this about his “apprentices”.) In an individualistic world, right and wrong takes on a new meaning.
Posted by Bill Boushka at 11:52 AM