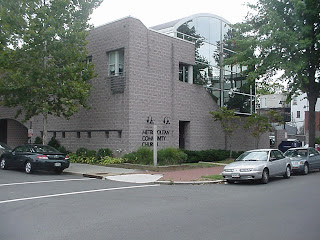 I want to follow on earlier discussions of knowledge management and wiki-like databases.

Beyond the various wiki and compendium encyclopedias discussed earlier, along with all kinds of elaborate search engines, I do think there is a considerable social value in a free “political thought database” (hopefully attracting advertisers for revenue to pay for development). Such a database (well normalized to at least Third Normal Form) might consist of four or more tables.

Table 1: Entries coded by issue, detailed as to the various positions people take about each issue (with a key value for each position_.

Table 2: A quantity and specification table, where quantifiable results of studies are presented, with one quantity on each row, a description of the quantity, and a key back to table 1.

Table 4: A footnote table giving bibliographic factual references for the positions taken in Table 1 (referencing the keys in the other tables as a foreign key here).

So, for example, if one is presenting “don’t ask don’t tell” Table 1 could present the various arguments for and against the policy (nuanced in various ways). Table 2 could present the numbers of discharges under DADT, totaled in different ways (by year, by service, by nature of complaint, by deployment). Table 3 could summarize the known individual discharges.

This approach is useful for many issues. LGBT issues would include gay adoption, and incidents related to the rights of gay couples. But it would branch out into many areas. For example, blogging by employees (jobs lost or employees fired, or employers checking social networking sites); filial responsibility issues; or health care (disparities in charges according to insurance status; waiting lists in countries with single payer). Obviously many consulting and data bank firms earn their profits and employ people collecting information like this, as do K-street consulting firms working for lobbyists; so it is not always easy to get one’s hands on quantitative information in many areas (like health care), where much of it is proprietary and paid for by specific clients (often for adversarial motives).

The earlier posting was in November 2006, here.

Supplement: Blogging as a crime-fighting tool

WJLA-TV 7 in Washington had a report on April 24, 2007 about blogging as a tool to warn residents of a neighborhood about possible crimes, and as a way to keep track of investigations on crimes. The report specifically covered the Shaw neighborhood in Washington DC, where Metropolitan Community Church is located, roughly between the Convention Center and North Capitol Street, NW.
Posted by Bill Boushka at 2:15 PM