Is social and emotional empathy and connectedness a "moral" issue? 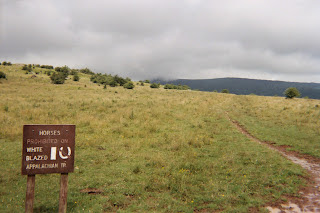 With all of the recent media attention to autism, Asperger’s, and developmental disorders or simply patterns of psychological isolation in young people – a topic suddenly getting negative attention because of the tragedy in Virginia this week – we have to remember that people do grow up differently with respect to their needs for connectivity to others. (In fairness, it should be noted that the overwhelming majority of people with these "disorders" do not have an interest in weapons or perpetrating violence.)

There has developed a debate in the past few decades about how to “be one’s own person” with education, career, or expressive accomplishment before one commits to a long term romantic relationship. Some people see emotional connectedness as part of family responsibility, and as an experience that should not be questioned. Others find that it gets in the way. People who become “isolated” from family – for the sake if personal surplus and expression -- are seen as hostile or at least unsympathetic with others. Sometimes this gets to be seen as a mental health issue, and some people see it as a moral or religious issue. But mainstream political debate does not seem willing to regard this as a real “moral” issue the way it views more obvious “misbehaviors” or even “vices” (previous post). But it may contribute to anti-social behavior.

This certainly is relevant to LGBT people, especially as teens and young adults, and in different ways, as older adults as there are fewer children and eldercare becomes an issue. I certainly can relate, at various points in my life, to the expectation that I “pay my dues” and pay attention to others in circumstances that are certainly not on my own terms. Ultimately, this should be debated in a moral context. Some people (even citing the Gospels and the socialism and communitarianism of the early Christians) believe that all of life's expressive activities should be motivated by the needs of specific other people. I don't agree and could not live up to it, by I wonder what even a Dr. Phil would say about it.
Posted by Bill Boushka at 5:46 AM