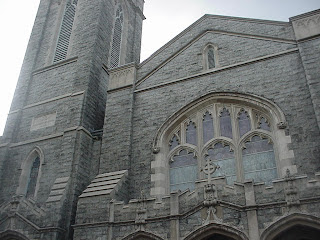 FastCompany, April 2007, has an article (by Alan Deutchman) on p. 63, “Why Is This Man Smiling” and the plans of Jimmy Wales (“Jimbo”) for a new kind of search engine, with some unspecified kind of human-driven quality control in granting search engine rankings. On this periodical, link here you have to have a subscription code to see the content (or else buy the hardcopy in a book bar).

Wales, of course, is well known for his online encyclopedia Wikipedia, as well as a related content-enriched site with selected topics, Wikia.

According to the article, some search engines, among the most popular, base search engine rankings based on the number of links, resulting in the development of “link farms” and parked domains. Ten years ago books on HTML were telling webmasters to code keywords in metatags if they wanted search engines to pick them up. In practice this has not been necessary since maybe about 1998. Information rich content on less common items will usually result in a visible search engine placement. Engines like to see proper nouns, technical terms and buzzwords, and less common metaphors or combinations of words. They can catch some bad-faith practices, such as deliberately repeating a term excessively. I’ve wondered about misspellings, often from typos on unedited blogs, or with difficult-to-spell ethnic or foreign language names.

What I think this points to is something more like Web 3.0, but what I really think search products need to do is answer questions like, “give me all examples of persons fired for content on their own social networking sites, organized by date, and organized by company alternatively.” Efficient, accurate, and professionally formatted and easily readable summaries like these would help the public understand the magnitude of many unusual or novel problems.

Bard Stone has a story in the Monday, April 9, 2007 The New York Times, “A Call for Civility in the World of Nasty Blogs: High Profile Figures Propose Guidelines for Web Civility.” The link is here (this may become archived and require an online NY Times subscription or purchase). Wales, working with publisher Tim O'Reilly, is talking about proposing seals of good practice, with varying standards: whether to validate every item with at least one or even two sources, whether to allow anonymous comments, where the blogger will edit out inappropriate comments (especially those that might be libelous or obviously hostile). It’s worthy of note that according to Electronic Frontier Foundation, bloggers have some immunity from illegal content posted in comments by others, according to a provision called “Section 230”, a desirable portion of the 1997 “Communications Decency Act,” many objectionable provisions (from a First Amendment perspective) of which were struck down, as the subsequent derivative, the Child Online Protection Act of 1998 (COPA). Link is here.

The times article reports that women has sometimes become targets for their blogs. The article discusses well known blogs like Heather Armstrong (fired because of her blog, generating the new verb “dooce”) and technical journalist Kathu Sierra. Some political bloggers have attracted problems, such as Richard Silverstein, who has developed proposals for Israeli-Palestinian peace, on this site.
An anonymous party created an offensive website which was made to impersonate Mr. Silverstein. Attracting hecklers or “threats” could make potentially make it risky for others to do business with certain content providers, and in the Internet world this a potentially unprecedented legal issue.

Along those lines, let us hope that Mr. Wales turns some attention to the controversy over employers scanning personal websites and social networking sites, sometimes being misled by random comments made by others about job applicants on the web.
Posted by Bill Boushka at 3:39 PM