The Most Dangerous Game: Brains v. Brawn, and the cultural wars 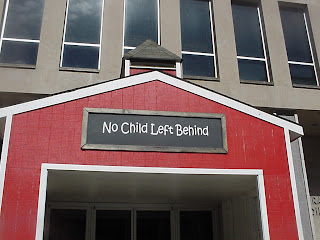 In teaching English these days, the “rubric” is all the rage. This is a set of guidelines for writing to make it accepted in the professional, academic and mainstream worlds. In English classes, themes are assigned to exercise the rubric in a straightforward way, starting with the “essay map.” The rubric emphasizes a three part structure – we see that in film and documentary – starting with a thesis, followed by presenting factual evidence, and coming up with conclusions. That is, after all, how professional journal articles should be written, most of all in the medical world. The writer stays away from her own opinions and experiences and sticks to well documented facts.

In one high school English class, ninth graders read Richard Connell’s famous short story “The Most Dangerous Game.” Then the students are asked to prepare an essay on the notion that the story explores the “brains vs. brawn” problem, supporting their theses with incidents in the story. The text of the short story becomes the universe for research, but the underlying principle is the same, to stick to what can be supported from evidence.

Sometimes the assignment is enriched by showing the 1932 RKO Radio movie, and the kids will be asked to make a Venn diagram comparing the story to the film, and then elaborate further in the essay as to whether their points are based on the story, the film or both. Director David Fincher picked up on this in his recent film Zodiac, in which the earlier film forms an important plot subtext that drives the rather introverted hero Robert Graysmith in his search for “the truth.” (Blog entry is here.)

Published media (whether articles, books, movies, or even databases) of course deals with all of the ambiguities of modern life (sometimes in comparison to earlier civilizations). The “brains vs brawn” problem translates roughly into “individual sovereignty” vs. “public morality.” (“Personal autonomy” is a good synonym for “individual sovereignty”.) This is what we know as “the culture wars.”

We can go into many directions with this – as I have on my blogs and websites – but one concern here is that inevitably, to make a difference, the writer (me at least) finds that to have a public impact he needs his nuclear weapon – his “personal stuff.” Personal materials add credibility and richness to what otherwise might be limited by expression in SAS-derived tables (the staple of social science research) from a K-Street lobbying firm. Personal stuff can also be dangerous because it can be misinterpreted, and can inadvertently involve others or put them into an enemy’s sights. We all know this well with gay issues.

I come back to the rubric now. For a few years, I maintained a number of static “editorials” on the website, keyed to footnote files from by books, but what I found quickly that these editorials were hitting moving targets. I would add paragraphs and more footnotes as news items appeared, and quickly the editorials lost that neat three-part structure.

That is where the blogs come in. As news items about any one of a number of disturbing or controversial issues occur, I post it, and in the posting I relate the news item to any other materials that I know, sometimes relating to personal experience (which I “know” to be true in fact). In theory, if the blog subject lines were coded according to a scheme, they could be cross-referenced automatically back to the editorials. Better would be a software package or database to do this, and that is something I am prototyping privately. Welcome to information technology, SQL, maybe even DB2 and mainframe programming.

I have, at some points in my life, definitely had my freedom intruded upon by others for what I perceive as “irrational” reasons (at least given modern libertarian ideas about “personal responsibility”). I can induce all kinds of theories from these experiences. Sexual orientation, as practiced in private by consenting adults, does have a public meaning which some people (relative to their own personal abilities) see as disruptive to the meaning that they get from conventional marital (and religious) socialization. Of course that kind of argument can go both ways. It all started a few decades ago with “brains vs. brawn.” What we have to face now, in open debate, is that voluntary procreation of children is not the only event that, at least as a moral matter, induces family responsibility or its socialization.