The DADT Showdown: Part 3: Reorg of The Screed 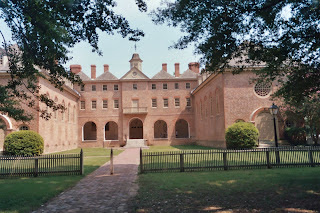 If I were to rewrite my “screed” – that first “Do Ask Do Tell” book from 1997, what would be the payoff today? The optimistic “libertarian future” certainly has not materialized.

The book was organized around the 1993 debate on gays in the military (resulting in the “don’t ask don’t tell” policy) as a centerpiece, and a steppingstone to a broader debate about the responsibilities of citizenship. That was “chapter 4” and it looked back to an earlier chapter on conscription and student deferments, and then the opening chapter on my William and Mary expulsion for “latent homosexuality” and reparative therapy at NIH – a curious foreshadowing of its role twenty years later in fighting AIDS and HIV.

The fifth chapter, however, would break away from the idea of providing a recipe for solving the controversies over “family” and gender in civilian life from comparison to the military paradigm. Instead, it would become an account of the development of cyberspace and the Internet, and about all of the social, legal and ethical controversies that attend to the availability of this “alternate universe” as a source of quick fame. The centerpiece of this account could be the Philadelphia COPA trial, which I attended one day in October 2006. On March 22, 2007, COPA was declared unconstitutional by a federal judge.

The logical conclusion, for a Chapter 6, could be the citizenship conference (previous post), if it really were held. Of course, instead of a book, I could think in terms of a documentary film. Dream on.

Some people have said that Introduction is egotistical. Maybe so, although the agent didn’t seem to feel that way back in 1996. Now, it strikes me that way too, as by starting with the first chapter immediately, I could establish the historical reason why I have standing to speak to the issues. The Introduction was intended to establish the objectivistic nature of the philosophy that would follow. It also prepaid acknowledgement of a disturbing (and to some, offensive) notion that the right-wing keeps dangling without being able to state: that homosexuality, in men at least, represents some sort existential character defect, whether immutable and biological or not, that amounts to a personal moral hazard. Or, to put it in another pejorative, it seems fixed on a kind of competitive and narcissistic adolescence that does not want to let go of its own rationality and judgment and "jump in" to the pampering emotions that other people perceive as necessary to transmit and nurture new life -- and as necessary to "prove" religious faith. That impression certainly comports with the behavior of the Bush administration during the past six years, and has a lot to do with the "less rational" objections to gay marriage and allowing gays to serve in the military. And personally, I don't see this "attitude" as a pejorative.

I also now wonder if it is necessary or appropriate to list all kinds of specific measures that should be passed (most of all the proposed constitutional amendments in the present Chapter 6). What’s getting to become more important is the nature of the moral debate -- the availability and organization of political knowledge, the understanding of how other people think, and the underlying questions about when we have to fess up and become our “brothers’ keepers”. The real moral issues seem to present more faces that or dimensions that have previously remained hidden.
Posted by Bill Boushka at 6:15 PM