Citizens' Compendium -- an alternative to Wikipedia? 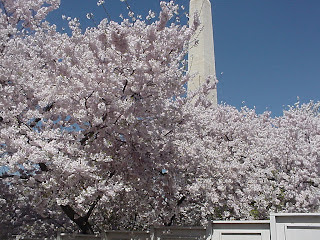 Media reports and academic circles have criticized the open-entry style (and supposed lack of factual reliability) of the free encyclopedia Wikipedia in recent months. AP reporter Brian Bergstein (Washington Times, March 26, 2007, link) now reports about a new online encyclopedia called Citizendium, The Citizens’ Compendium, founded by Larry Sanger. The site warns that during the last week of March there could be some outages because of server upgrades.

The Compendium requires authors to disclose their identities in most cases, and has much more careful procedures for editing and fact-checking. So far the volume of articles is relatively small (compared to Wikipedia) but the site is looking for volunteer authors.

An author must submit a biography, which would establish the author’s professional credibility to speak about the item. That is important because an encyclopedia usually is concerned mostly with factual presentation and organization. For example, an encyclopedia would present factual discussions of a legal concept (say, copyright, or libel). For a political issue, an encyclopedia would present a factual history, which might tend to be difficult to verify in detail. The problem is that political opinion is much more difficult to present in an “objective” manner. The preferred contributor for an article on “social security” might be a lawyer who practices social security litigation. On the other hand, “social security” as a political and ideological issue is a much more difficult subject to manage. One can present the history of “gay marriage” as a political issue (even discussing the state constitutional amendments and “judicial activism”) but find it much harder to present the psychological problems in a professional manner appropriate for an encyclopedia.

According to Bergstein’s story, there is one possible exception to the no-anonymity rule, when a volunteer’s employer “prohibits outside writing.” The fact that this possibility is even mentioned in the AP story indicates that employers may be starting to implement rules like this. I have, elsewhere, proposed similar rules for jobs involving direct reports or making decisions about others (link). I have not run into anything like this yet with recruiters in information technology. As widely reported, employers have (within the past two years) suddenly become very concerned about what job applicants say on their own blogs and social networking site profiles. Actually, I think that when an employee presents a professional article to Compendium, there is less of an ethical issue (than with personal blogs or profiles), because there is a third party (Compendium) supervising what the person posts in public, and that allows the possibility of writing contract rules in terms of possible conflict-of-interest involving a third party (rather than just in terms of the content that the employee writes).

I have not yet signed on as a volunteer for Compendium, but I may. But I might find I would be restricted to areas in which I had more professional certification (mathematics, information technology).

There have been other online encyclopedias proposed (such as nupedia). What I would like to see is, in addition to a typical encyclopedia reference format, is a database that can trace what people think about various sensitive issues.

It will be interesting to see if the academic world accepts the Citizens’ Compendium model as an acceptable research source for citation. .


My arlier story on Wikipedia and academics, is here, scroll to Jan 23). My database proposal comes from here, scroll to
“Chicken Little” blog on Dec 20, or go to my sample "crude" manual database.
Posted by Bill Boushka at 6:56 AM