Anything is fair game 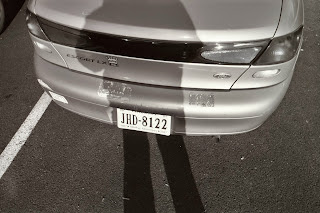 Back in junior English (11th grade), when we studied American literature, the teacher annouced, "Anything we cover in class is fair game for tests." That phrase "fair game" sticks in my mind, beyond the idea that it could show up in a multiple choice or fill-in-the-blank item. (I remember the pop card quizzes, and her imploring, "Learn your facts about your authors!" There was a scene like this with an English teacher in the 1957 "American International" (of course!) horror classic "Blood of Dracula".)

In 11th Grade Virginia and U.S. History (the Virginia came first), the teacher was adamant about making the tests all essay, and marking points off for "leaving out" any single point in explaining why something happened.

The "nature of the beast" with political issues is that they are all interconnected, and any one issue has a bearing on many others in subtle ways.

So any subject matter is "fair game" on my blogs and websites. The way a particular subject matter get handled is another matter. But some people have an idea that one is incriminating or embarassing oneself by even dignifying certain disturbing topics. If one is well-adjusted to the competitive demands of the world, why are some of these things even issues?

What one actually says about oneself, either directly or indirectly through a narrative (or say using oneself as a protagonist in a play) is another matter. That gets into the "dreamcatching" idea discussed in earlier postings, and often done on social networking sites (and present a problem for employers when they find it).

It's interesting to note the media stories this week about some of John Edwards 's (D-NC) paid bloggers being criticized for going over the top with "offensive" language about the president. How can you have integrity if someone else pays you for what to say and you pretend in public that this is your own? (Yet that is ultimately some of what the dispute about blogging and campaign finance reform amounts to.)

Related link on teachers in book blog: here.
Posted by Bill Boushka at 6:04 AM